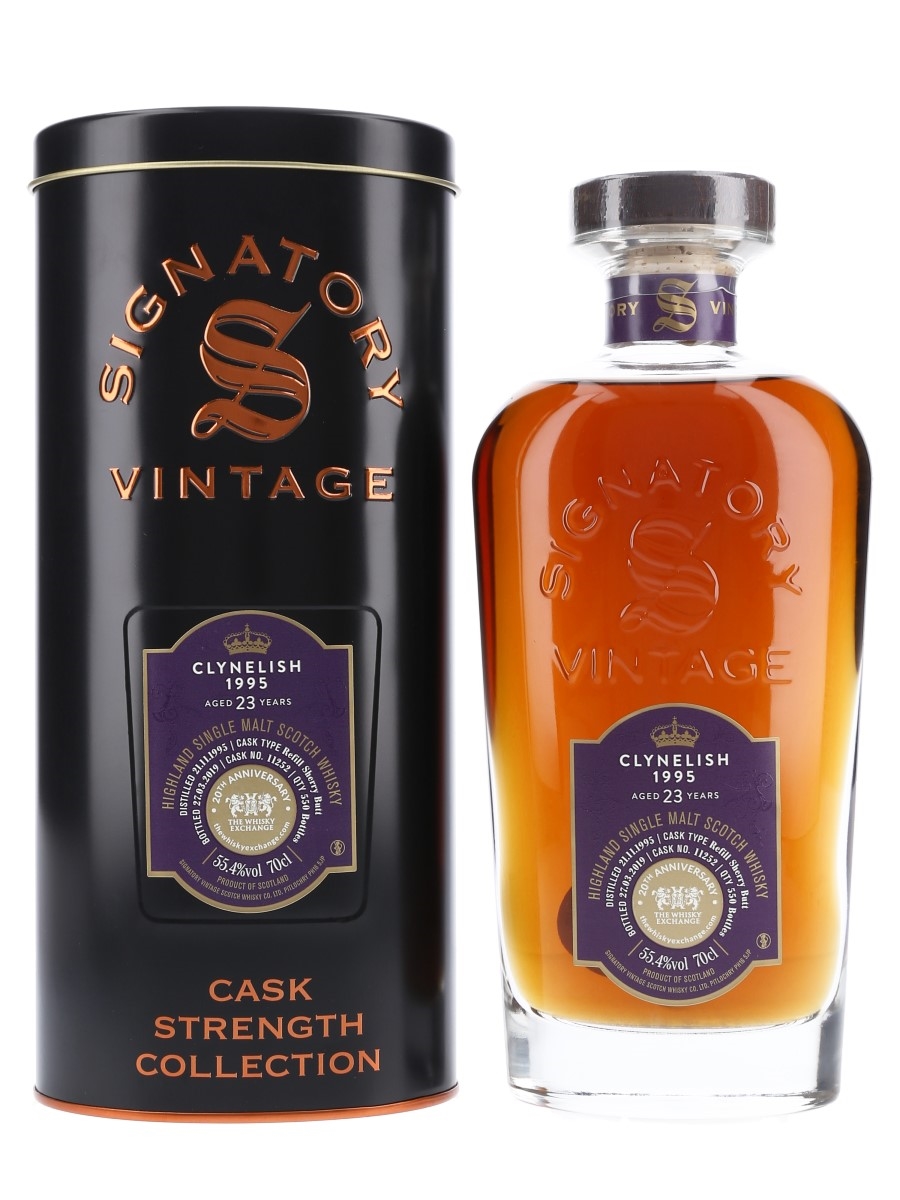 A bottle of Clynelish 23 Year Old Highland single malt Scotch whisky. This was distilled on 21 November 1995, matured in a single refill sherry butt and bottled on 27 March 2019 by Signatory Vintage as part of The Un-Chillfiltered Collection. This whisky was specially bottled to commemorate the 20th anniversary of The Whisky Exchange.

The Clynelish distillery we know today was built in 1968 alongside the original Clynelish, which was subsequently renamed Brora. The distillery was owned by Distillers Company Limited (later United Distillers then Diageo), and the malt, known for its waxy character, has played an important role in the Johnnie Walker blends. Some 1970s vintages were bottled as part of the Rare Malt Selection in the 1990s, the official Clynelish 14 Year Old was launched in 2002, and the no-age-statement Select Reserve joined the Special Releases roster in 2014.