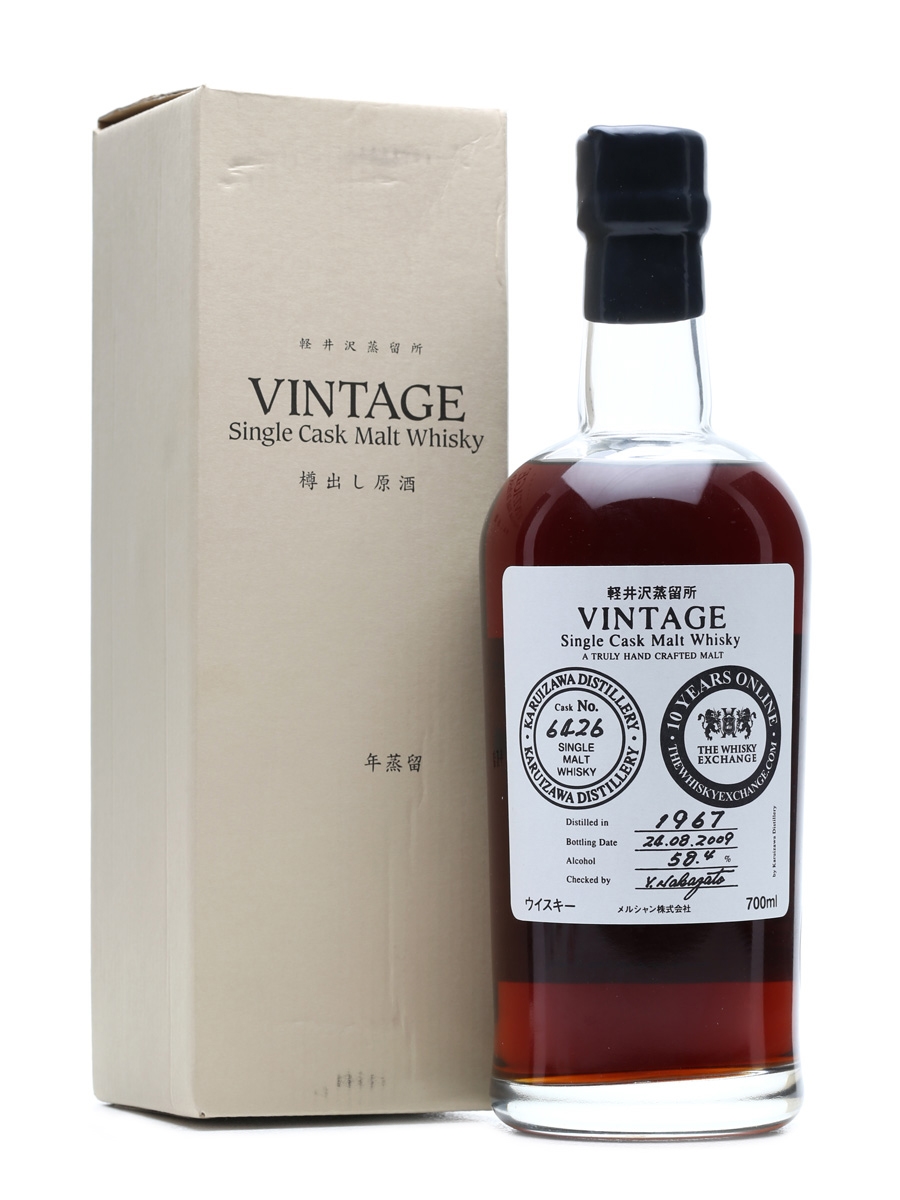 1967 Karuizawa released in 2009 for the 10th anniversary of The Whisky Exchange. This bottling is remarkable for its sherry and peaty character. Not only is it very rare, this is also one of the oldest Karuizawas ever bottled, and one that scored 95 points on WhiskyFun.

Karuizawa was founded in 1955 and was Japan’s smallest whisky distillery. In 1959, they became the first distillery to export whisky overseas.
Karuizawa used the famous Golden Promise barley, which was peated, then the spirit was distilled in small batches and aged in the finest Spanish sherry casks to make some of the best whisky in the world.
Sadly, Karuizawa distillery stopped production in 2000 and closed for good in 2011.