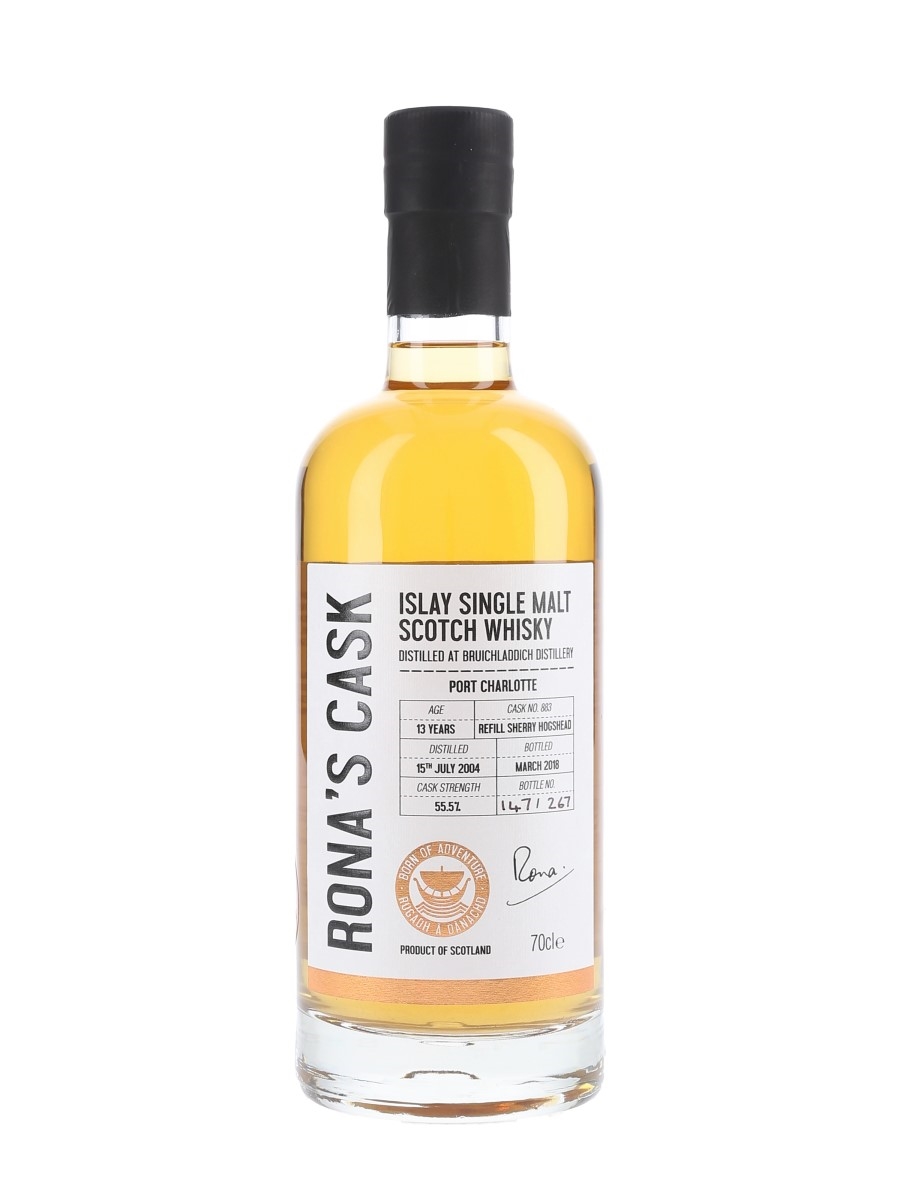 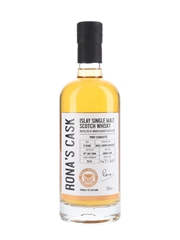 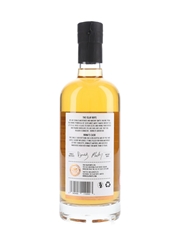 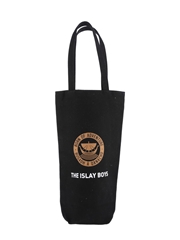 A bottle of Port Charlotte 13 Year Old Rona's Cask. This was distilled on 15 July 2004 at Bruichladdich distillery, matured in a single refill sherry hogshead and bottled at cask strength in March 2018 by The Islay Boys Ltd. It was bottled for Rona MacKenzie of Port Charlotte, Islay Boy Donald MacKenzie's mother.

Port Charlotte is the name given to heavily-peated whiskies produced at Bruichladdich distillery.