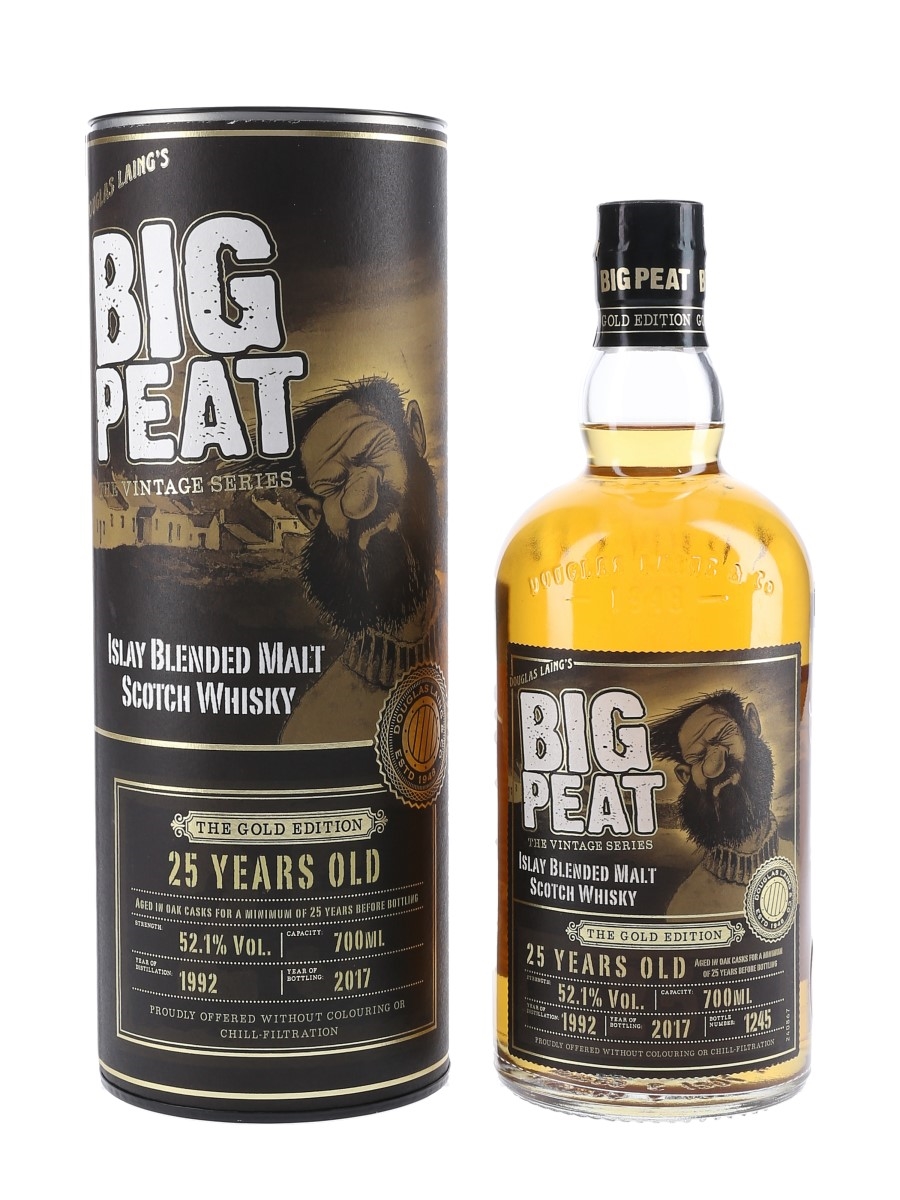 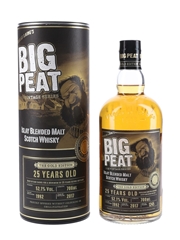 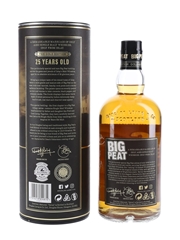 A limited edition bottle of Big Peat 25 Year Old The Gold Edition, a blended malt made from whiskies distilled at Ardbeg, Caol Ila, Bowmore, Port Ellen, and other Islay distilleries. The whiskies were distilled in 1992, matured for a minimum of 25 years and bottled at 52.1% ABV in 2017 by Douglas Laing for The Vintage Edition series.

The bottle is signed and dated by Director of Whisky Cara Laing, August 2019.

Douglas Laing & Company was founded in 1948 by Fred Douglas Laing as a whisky blender and bottler. The family firm was managed by brothers Fred and Stewart until 2013, when the pair split the assets and each established his own bottling firm. Stewart created Hunter Laing & Company, and Fred, joined by his daughter Cara, continued with the Douglas Laing name. Single malt bottlings include the Provenance range, Old Particular, Premier Barrel and Director's Cut. The Remarkable Regional Malts series was launched in the late 2000s and includes blended malts that showcase Scotch whisky's regional characteristics: Scallywag (Speyside), Timorous Beastie (Highland), The Epicurean (Lowland), The Gauldrons (Campbeltown), Rock Island (Islands), and Big Peat (Islay).