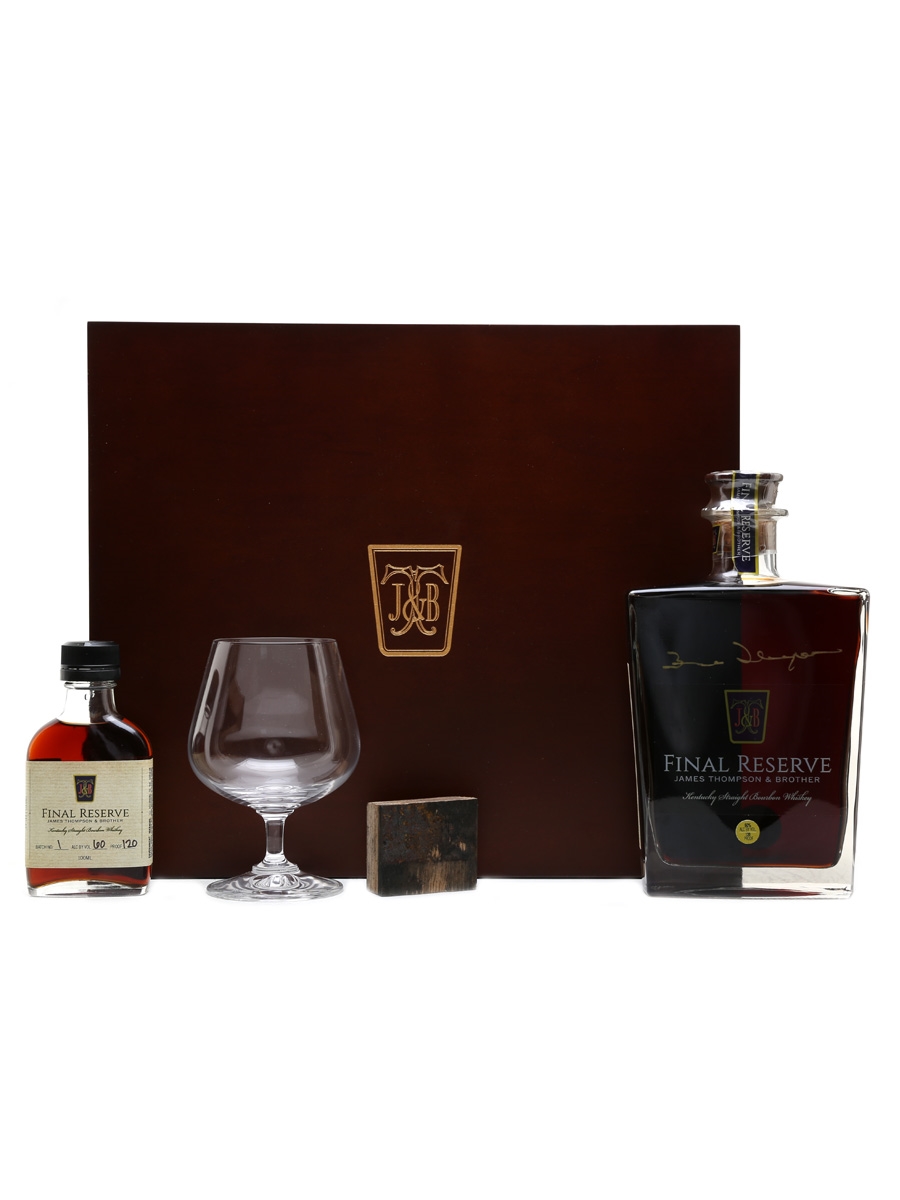 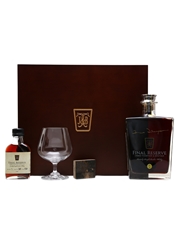 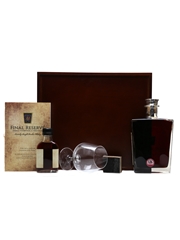 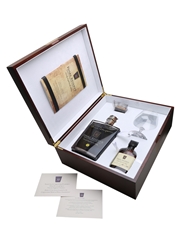 A bottle of James Thompson & Brother Final Reserve Kentucky straight bourbon whiskey. This was distilled at Yellowstone Distillery in December 1970 and bottled in December 2017, making it perhaps the oldest bourbon ever bottled. This sour mash bourbon uses a mash bill dating back to 1836: Corn (#2 Yellow) 75%, Rye 13%, Barley Malt 12%, and was matured in charred oak casks.

The presentation case holds a 75cl bottle signed by James 'Buddy' Thompson (1931-2019), and comes with a 10cl sample of the whiskey, a piece of the charred oak cask, and a Stölzle Lausitz crystal glass.

The origins of James Thompson & Brother can be traced back to 1870, when James Thompson left famine-stricken Ireland for America. He formed Brown and Thompson with his cousin in 1872 as a broker of bourbon whiskey. After 20 years' success, the cousins separated forming two companies, Brown-Forman and James Thompson & Brother. In 1901, James Thompson established Glenmore Distilleries, producing brands such as Kentucky Tavern and Old Thompson. During prohibition, Glenmore was one of six companies allowed to produce alcohol for 'medicinal purposes'. Glenmore Distilleries purchased Yellowstone Distillery in 1944. By the 1970s, Glenmore was also importing Rémy Martin. Inspired by the Cognac house's anniversary bottlings, James Thompson's grandson, James 'Buddy' Thompson, was inspired to purchase some barrels of his company's bourbon for future releases such as this Final Reserve. In 1991, Glenmore Distilleries was purchased by Guinness. Buddy Thompson continued to taste his barrels periodically and decided to bottle the bourbon to support veteran's charities, the Congressional Medal of Honor Foundation, and the Frazier History Museum.