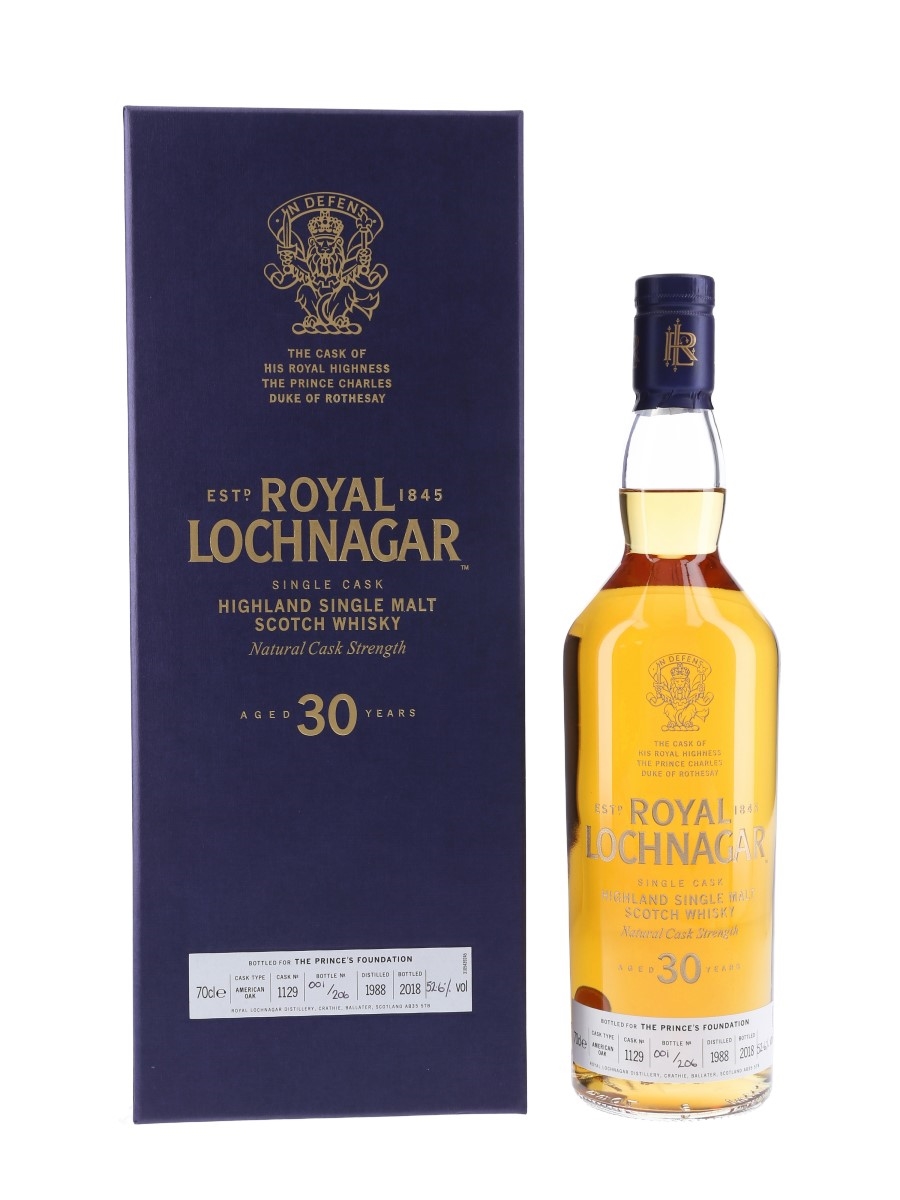 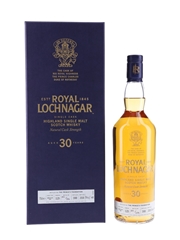 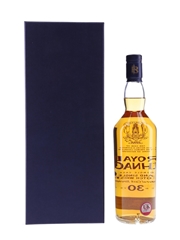 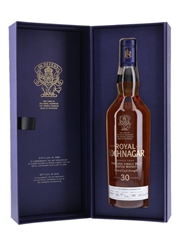 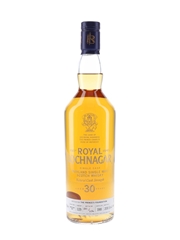 Full proceeds from this auction, including buyer’s commission, will go to The Prince’s Foundation (OSCR No. SC038770).

Bottle number 1 of 206 of the Royal Lochnagar 30 Year Old Single Malt Scotch Whisky from the 1988 cask of HRH The Prince Charles, Duke of Rothesay.

Originally a gift to The Prince to mark the 140th anniversary of the first Royal visit to Royal Lochnagar Distillery, by Queen Victoria and Prince Albert in 1848, His Royal Highness generously donated this cask to his charity, The Prince’s Foundation.

His Royal Highness tasted the whisky on a visit to Royal Lochnagar Distillery in October 2018, during which the cask was formally handed over. It was bottled on The Prince’s 70th birthday, 14 November 2018 and is one of the oldest single cask releases of Royal Lochnagar Single Malt Scotch Whisky.

The bottle, with etched lettering infilled in gold, and Royal Lochnagar blue presentation box, both display the arms of the Duke of Rothesay (His Royal Highness’s Scottish title) and read: ‘The cask of HRH The Prince Charles, Duke of Rothesay’. The label includes the handwritten edition number, 001/206, and natural cask strength of 52.6% ABV.

This whisky was matured in an American oak hogshead cask.

Tasting notes: Cereal, vanilla, pear and marzipan notes on the nose and the palate is creamy with a delicate sweetness, blackcurrant, walnut and coconut flavours.

Of the original 206 individually numbered bottles, 184 bottles were offered via ballot, one was placed in the Diageo Archive for Royal Lochnagar, and 20 retained by The Prince’s Foundation for further fundraising.