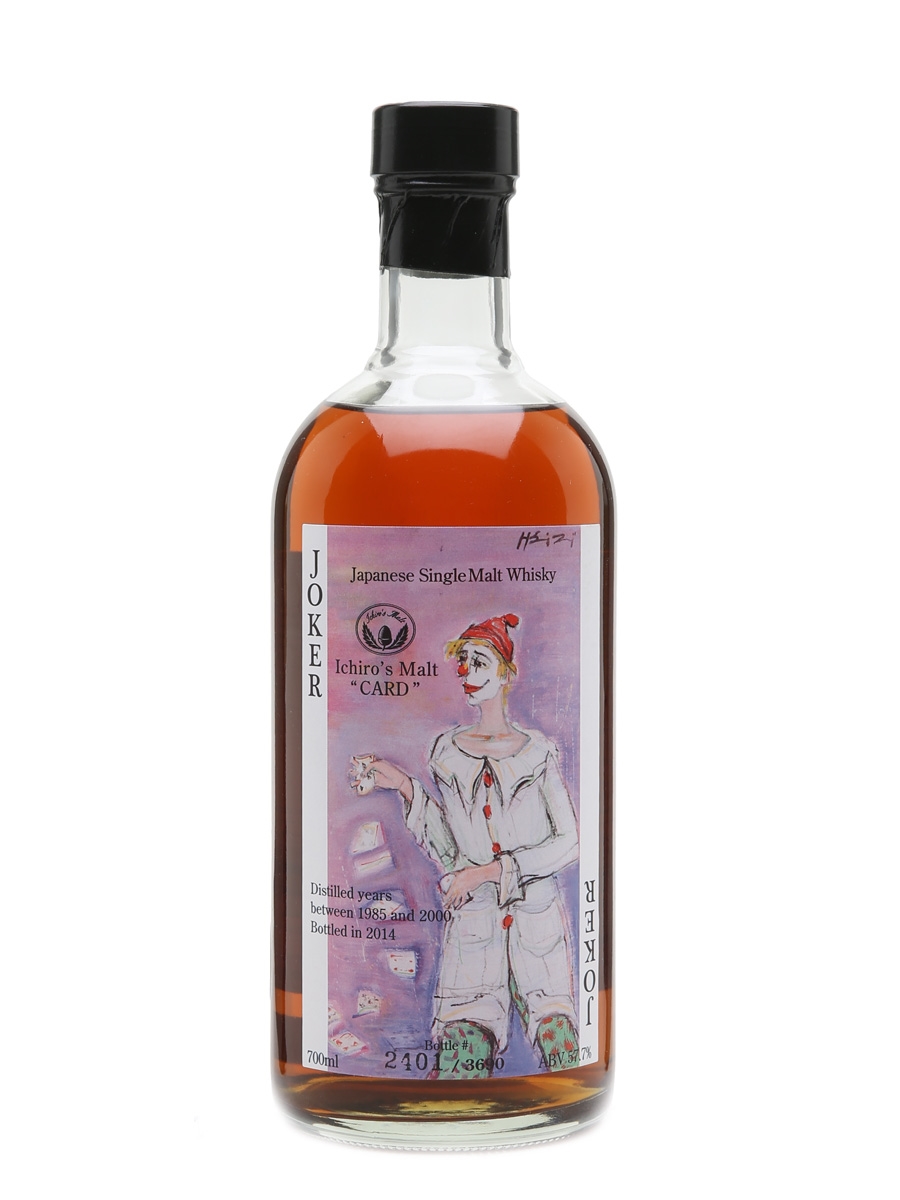 This Japanese whisky comes from the now defunct Hanyu distillery, which ceased production in 2000 and was dismantled in 2004. At the time Ichiro Akuto, the grandson of the founders of Hanyu distillery, decided to purchase the remaining stock and bottle it as the Cards series.

This is one of the last two Card series bottling, released to complete the 54 bottle set: one Joker in colour and one in black and white. This is the Colour Joker, a vatting of 14 casks covering vintages between 1985 and 2000.