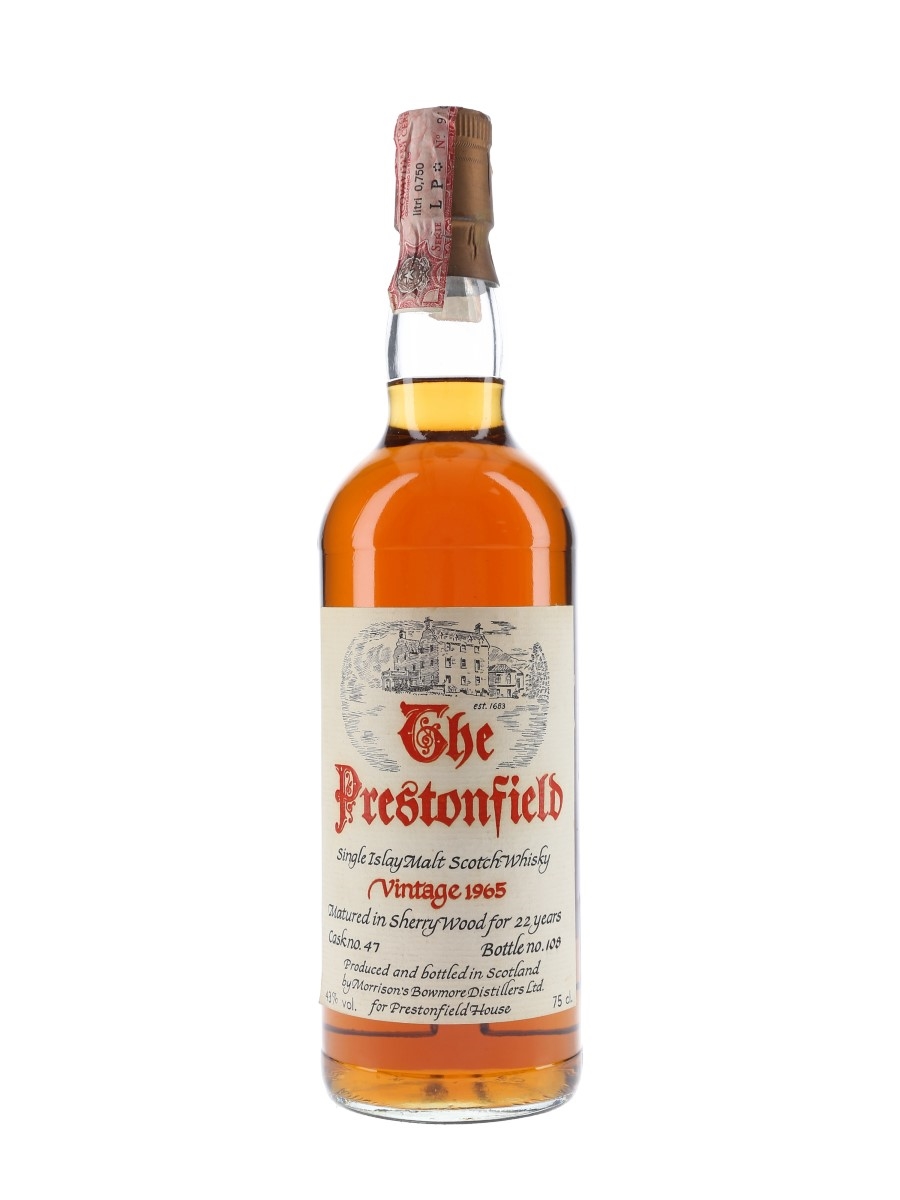 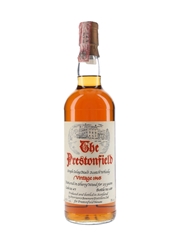 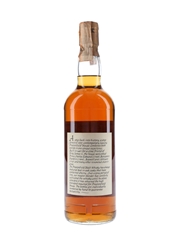 A bottle of Bowmore 22 Year Old bottled for Prestonfield House, a five star boutique hotel in Edinburgh. Andrew Symington, an employee at the time, later went on to found Signatory Vintage Co.

This was distilled in 1965, matured in a single sherry cask for 22 years and bottled at 43% ABV by Morrison's Bowmore Distillers Ltd.

This is bottle number 108; it was bottled from cask number 47.

Bowmore started distilling in 1779, though there is no evidence of whisky production until John Simpson was granted a licence to distil in 1816. The distillery passed through several hands, and even supplied a cask to Windsor Castle, before it was purchased by perhaps its most famous owner, Stanley P Morrison, in 1963. Bowmore maintains its own floor maltings which supply 40% of its barley, and is known for its medium-peated character. The whisky is left to mature in the No.1 Vaults, which is said to inhabit a unique microclimate, perfect for long periods of maturation.