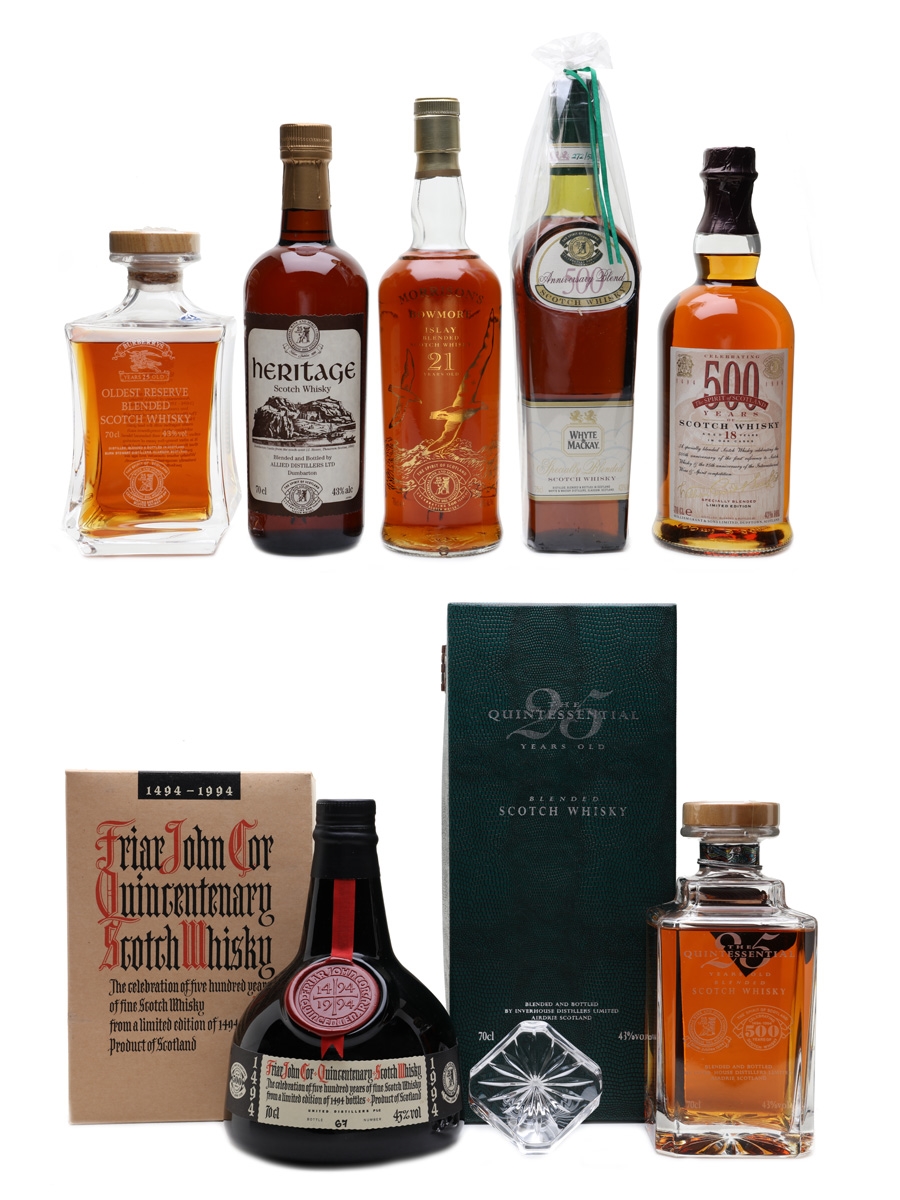 This lot was donated by Grant Gordon for the Distillers’ Livery Emergency Appeal in support of The Drinks Trust.

The Spirit of Scotland Trophy was an award devised by the International Wine & Spirit Competition to commemorate the 500th anniversary of Scotch whisky in 1994, which coincided with the IWSC's 25th anniversary.

To celebrate this milestone, seven influential Scotch whisky companies were tasked with producing a special blend for the occasion. One complete set was auctioned at Christies in Glasgow on 29 September 1994.