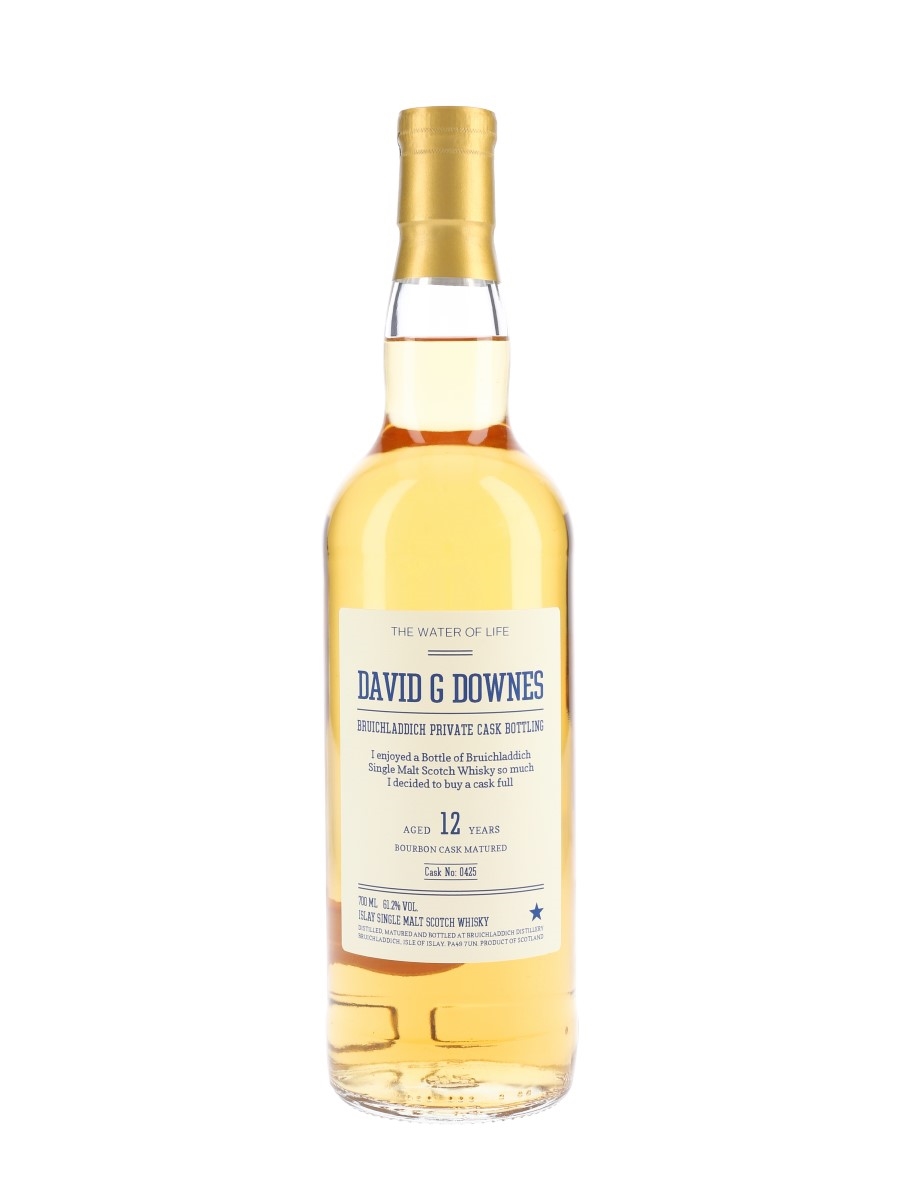 A private cask bottling of Bruichladdich 12 Year Old. This was distilled on 8 June 2005, matured in a fresh bourbon barrel, and bottled at cask strength after 12 years' maturation.

The label reads: I enjoyed a Bottle of Bruichladdich Single Malt Scotch Whisky so much I decided to buy a cask full.