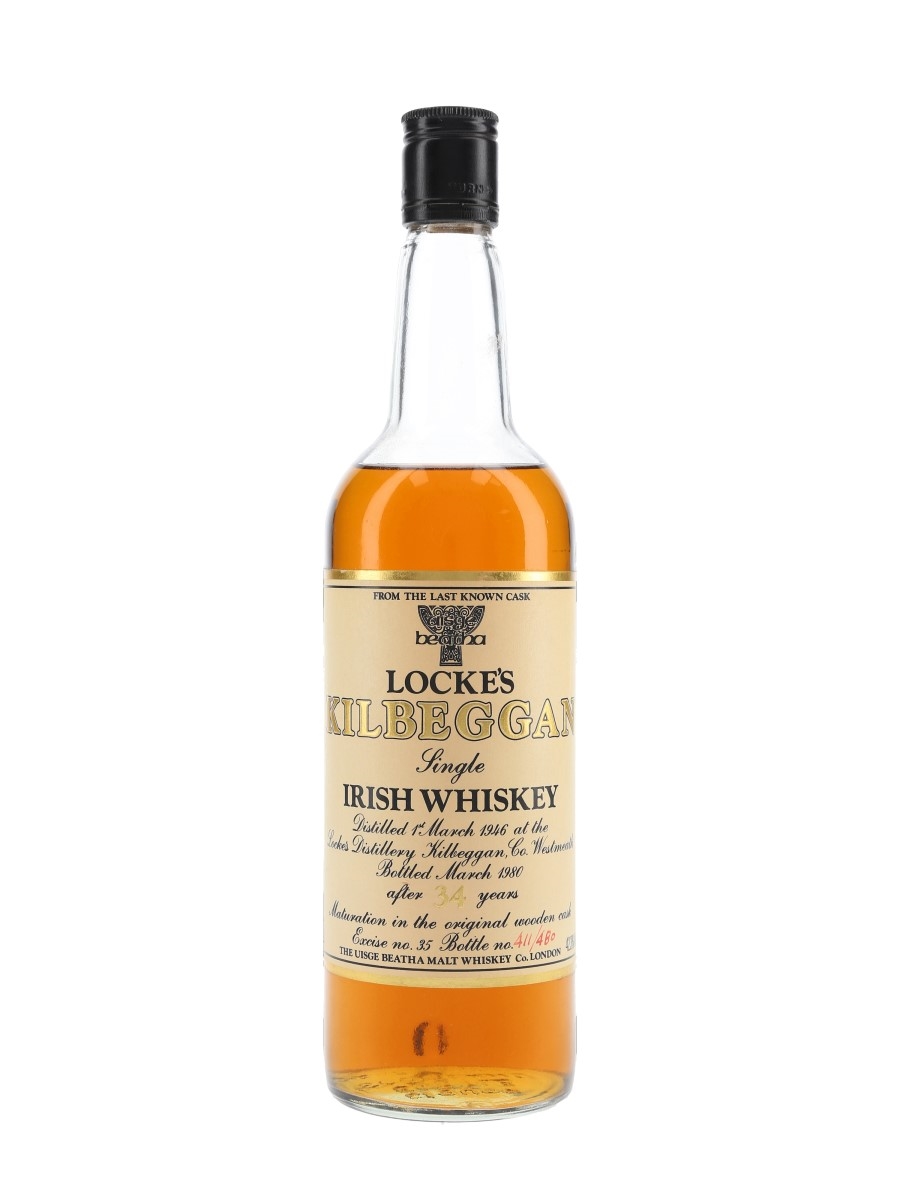 A bottle of Locke's Kilbeggan 34 Year Old Single Irish Whiskey, distilled on 1 March 1946 at the Locke's Distillery Kilbeggan, Co. Westmeath, and bottled at 42.3% ABV in March 1980 from the Last Known Cask.