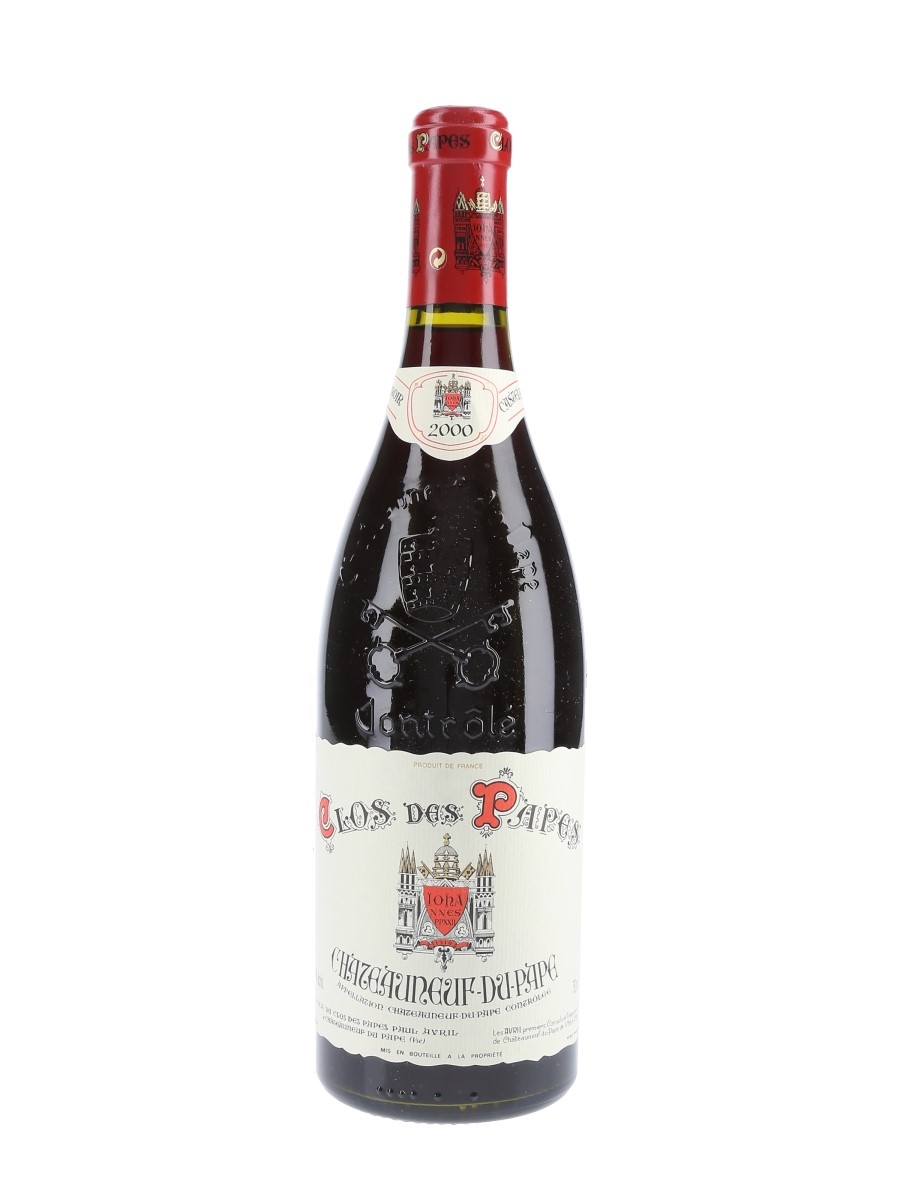 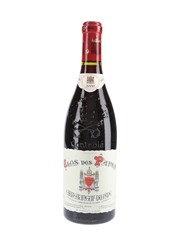 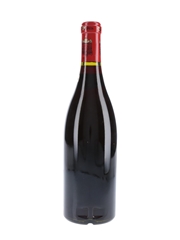 A bottle of 2000 Châteauneuf du Pape from producer Clos des Papes, from the Southern Rhône's most celebrated appellation. Clos des Papes is a 32 hectare property combining 24 different parcels of vines, including one walled vineyard or 'clos' near to the pope’s castle, hence the name.

'The 2000 Chateauneuf du Pape reveals 14.6% alcohol, and is stylistically similar to the great 1990. The 2000 is open-knit and fat, with higher levels of glycerin as well as a more corpulent style than the structured, backward 2001. A deep ruby/purple color is followed by sweet, black cherry/kirsch liqueur-like notes presented in a voluptuous, full-throttle, intense style. It is already revealing such secondary nuances as pepper, garrigue, and truffles. Chewy, full-bodied, and moderately tannic, this cuvee is accessible, but not ready to drink. Anticipated maturity: 2007-2025.' 95/100 Robert Parker, Wine Advocate, February 2003

Please see images for fill level and label condition. The capsule is slightly loose, but this appears to be secure.