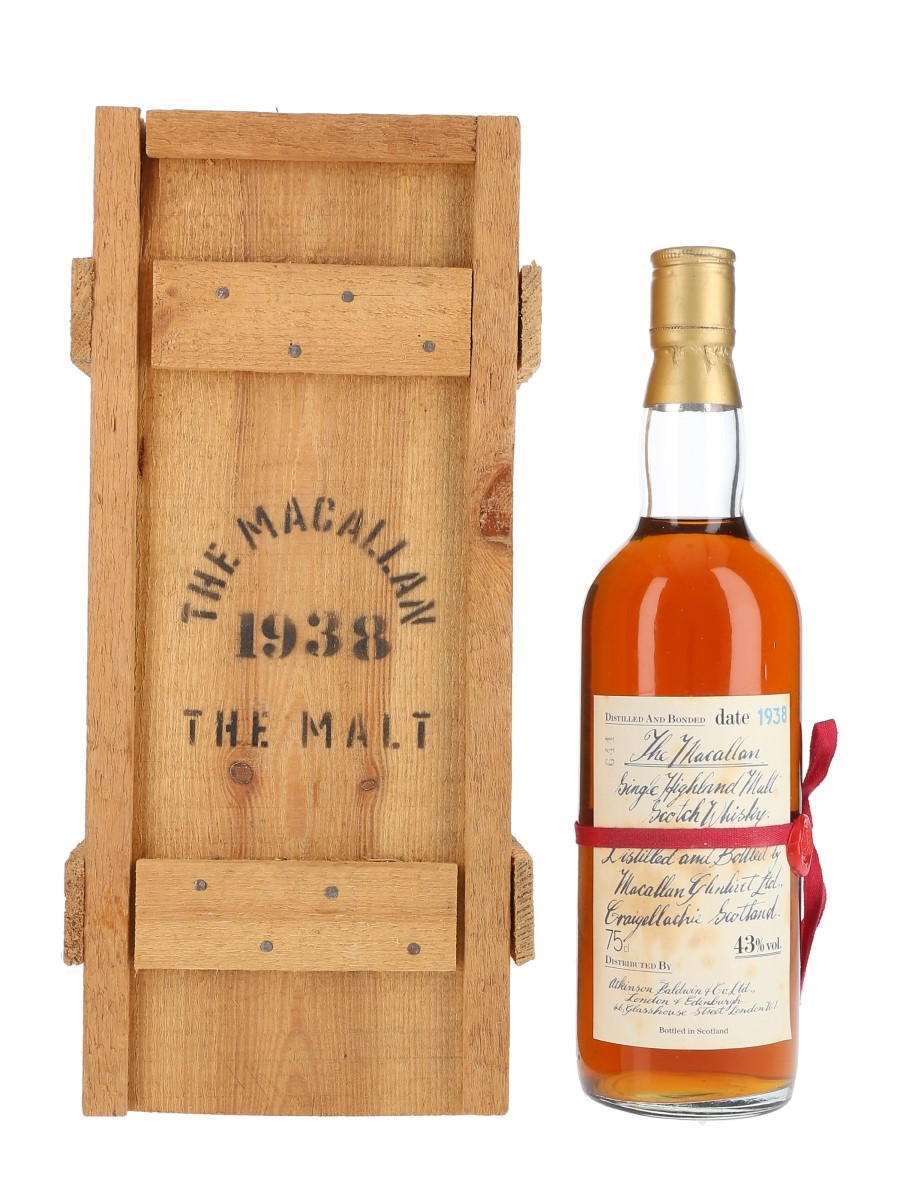 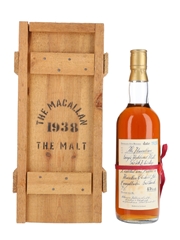 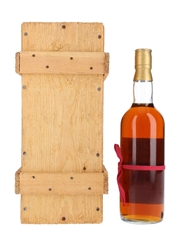 A bottle of The Macallan 1938. This bottling has a handwritten label and is presented in a wooden box. This was distributed by Atkinson Baldwin & Co. Ltd.

Please see images for fill level and label condition. Note wear to the labels. There is some slight stretching to the perforations on the capsule. The capsule remans intact and secure.