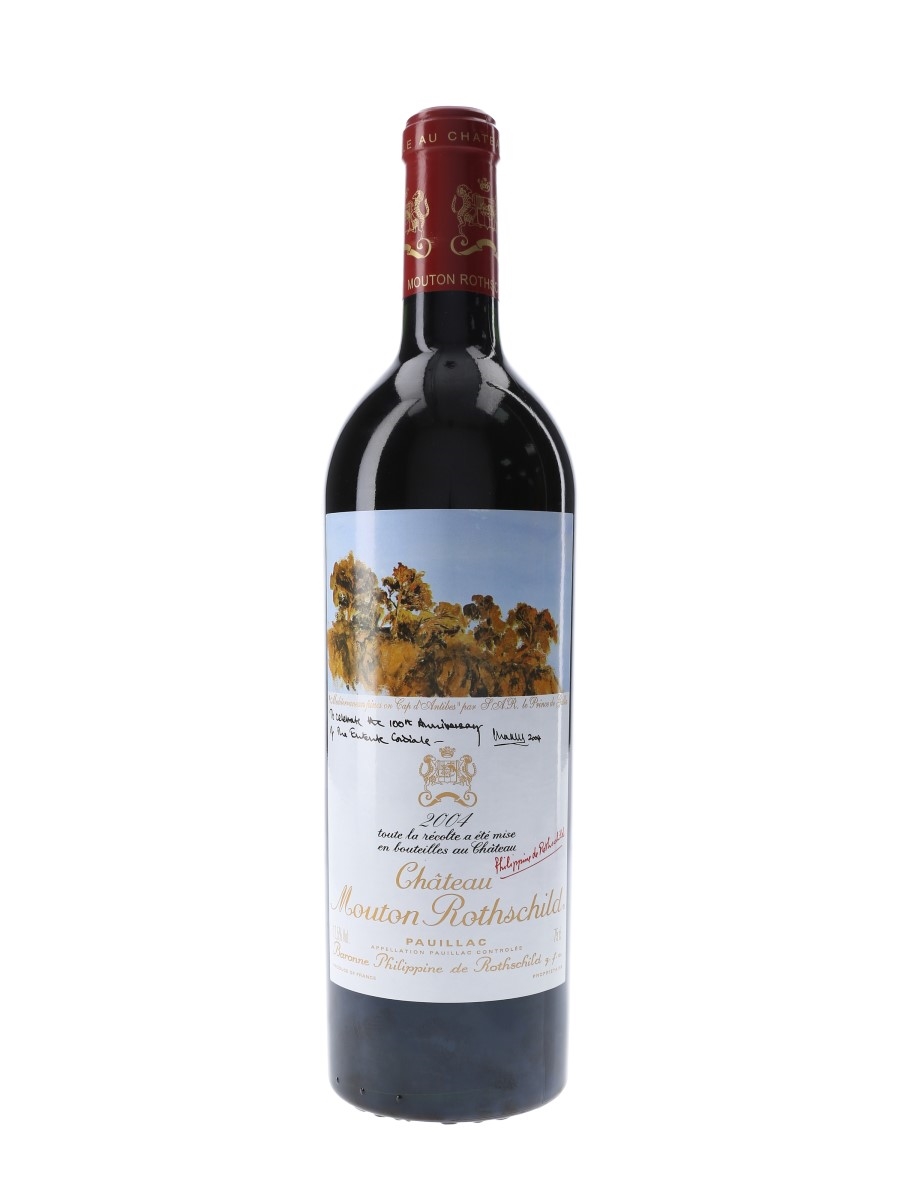 A bottle of 2004 Château Mouton Rothschild from Bordeaux's Pauillac appellation, featuring a label designed by HRH Prince Charles. This is a blend of 69% Cabernet Sauvignon, 15%Merlot, 13% Cabernet Franc and 3% Petit Verdot. The label reads: To celebrate the 100th Anniversary of the Entente Cordiale, Charles 2004.