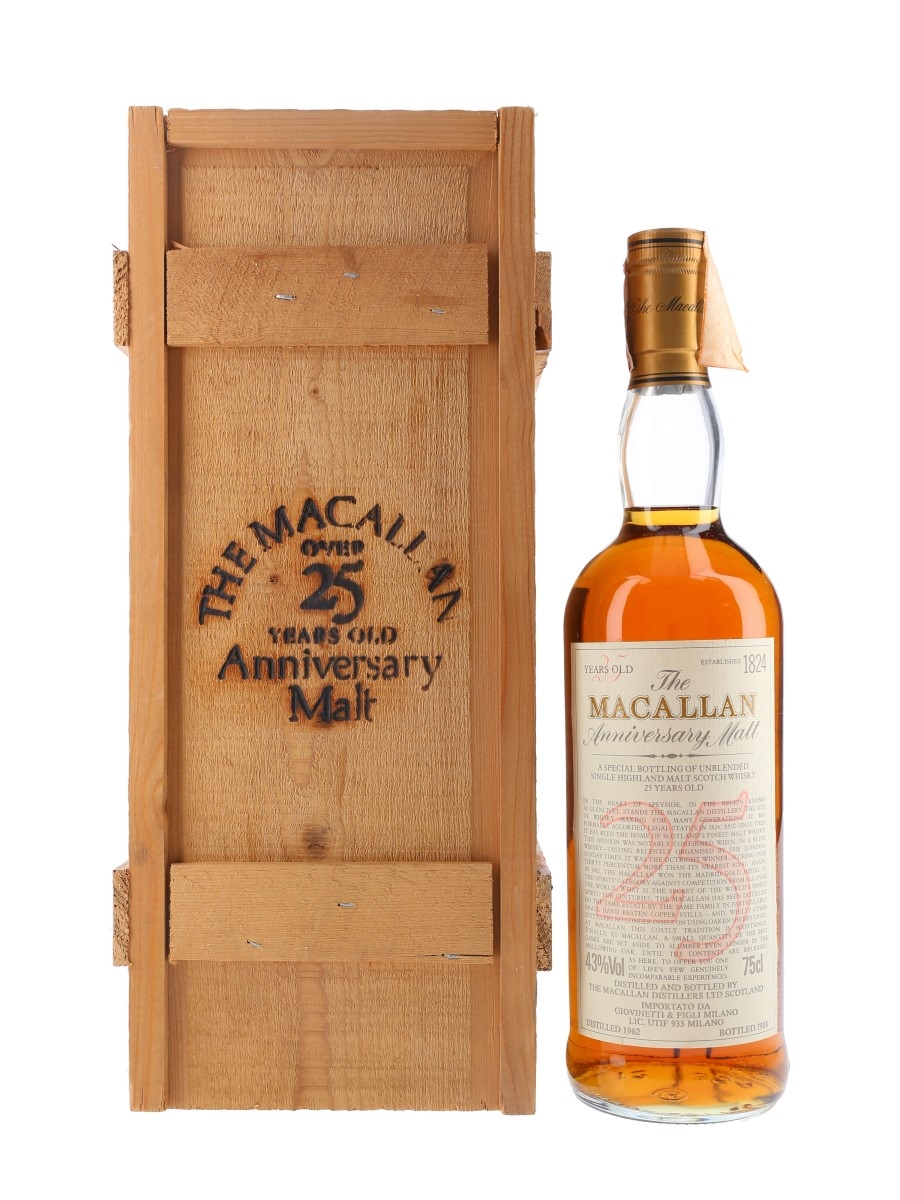 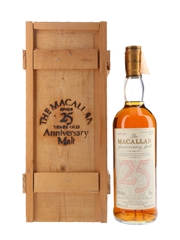 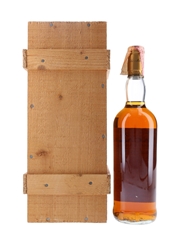 A bottle of The Macallan 1962 Unblended Single Highland Malt Scotch Whisky. This was matured in sherry casks for 25 years and bottled in 1988 as part of the Anniversary Malt series. This was produced for the Italian market and imported by Giovinetti & Figli.

The Macallan Anniversary Malt is a series of sherry matured malts first released in the early 1980s. Each bottling comes from a single year's distillation which is then matured for over 25 years. Starting with 1957 the series covers most distillation years up to 1975. Non-vintage expressions were also bottled, as well as 'double vintages', (for instance The Macallan 1958/1959).