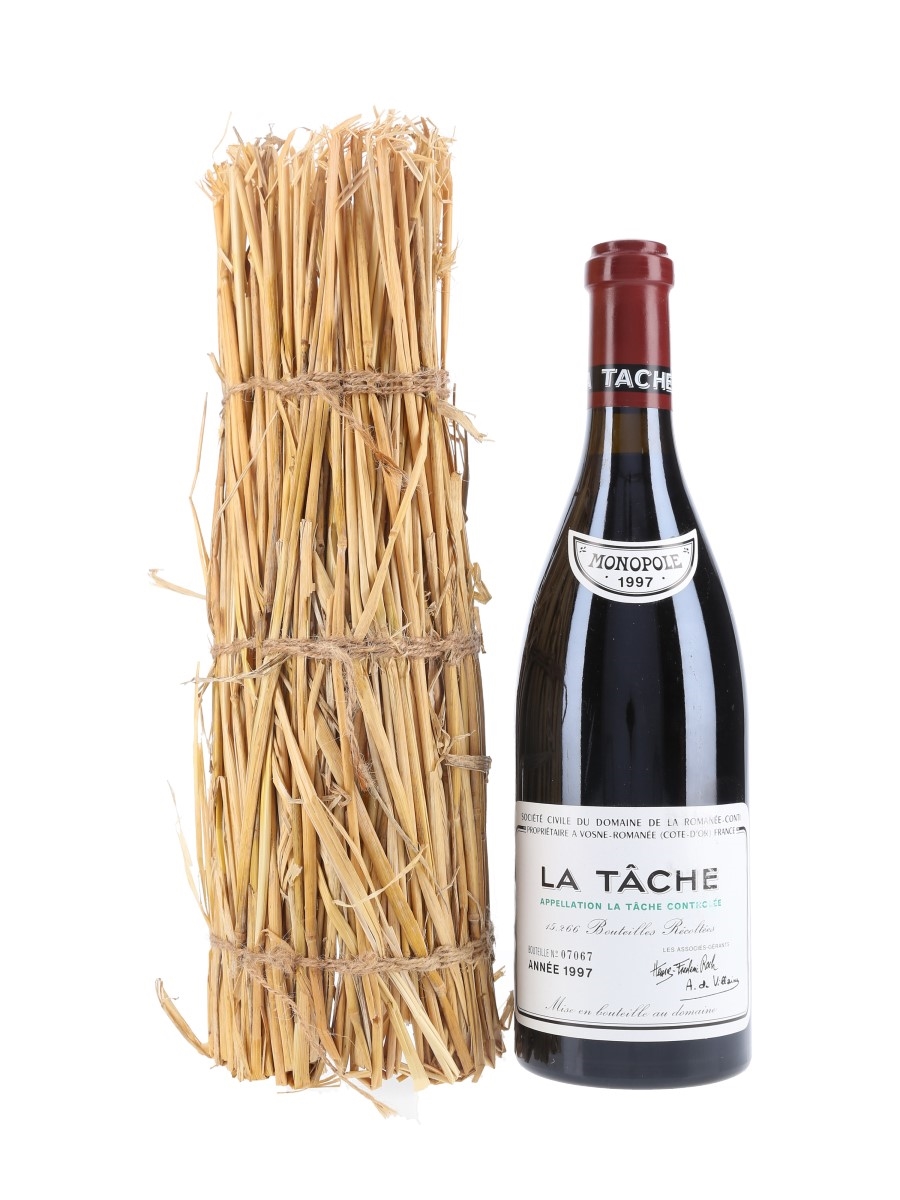 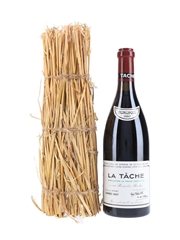 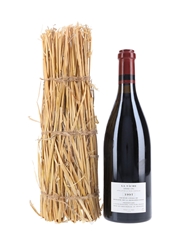 A bottle of 1997 La Tâche from Domaine de la Romanée-Conti.

This wine was purchased en primeur through the UK importer Corney & Barrow and delivered to the owner in 2009 since when it has been stored in a temperature controlled wine fridge. Copies of the original delivery note are available on request.

'First tasted after bottling at Corney in Feb-00, when I thought it as profound as Romanée-Conti, though the finish was lacking just a little length. But a glorious bottle six years later lunching at "Aubergine" in London. Garnet core with deep brick rim. The nose is closed at first, powerful yet coiled up in the glass. Reluctantly scents of black cherries, minerals and iodine emerge. The palate is again backward, quite tannic with perfectly poised acidity. "Pointed" at first, but mellowing out in the glass to reveal exquisite balance and harmony. Again, black cherries, blueberry and a faint tinny note. Just builds and builds in the glass, but then clams up on the finish. Unlike the Echezeaux 1997 from the domaine, this has a long road ahead. Leave another 5-8 years. (1,272 cases produced) Tasted July 2006. 95-97 points'. Neal Martin

Please see images for fill level and label condition. Note wear to the labels. This wine was purchased en primeur through the UK importer Corney & Barrow and delivered to the owner in 2009 since when it has been stored in a temperature controlled wine fridge.