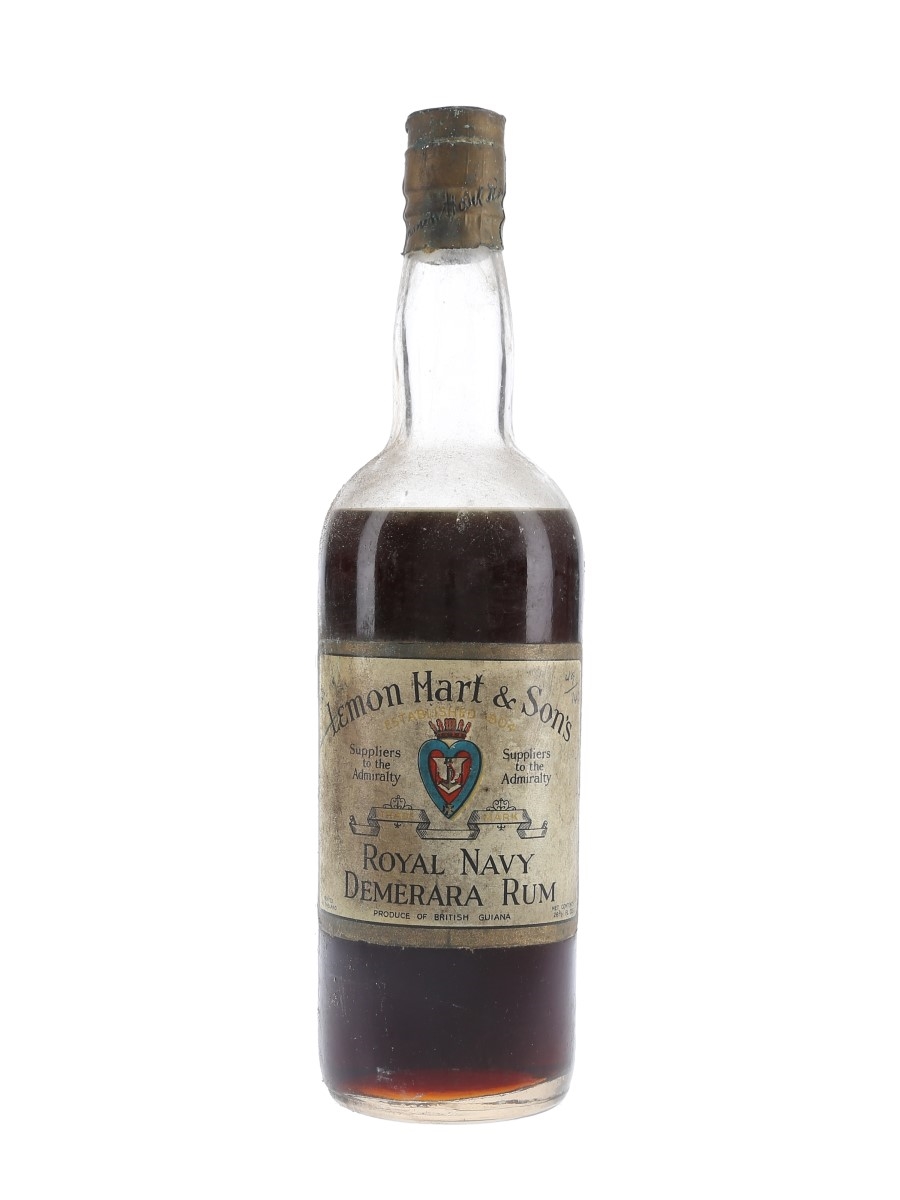 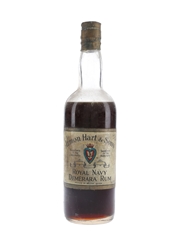 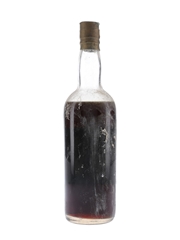 A bottle of Lemon Hart Overproof Royal Navy Demerara Rum, produce of British Guiana. We estimate this was bottled in the 1940s.

Please note, there is no ABV stated on the labels.

Please see images for fill level and label condition. Note wear to the label and capsule. The neck label is missing.