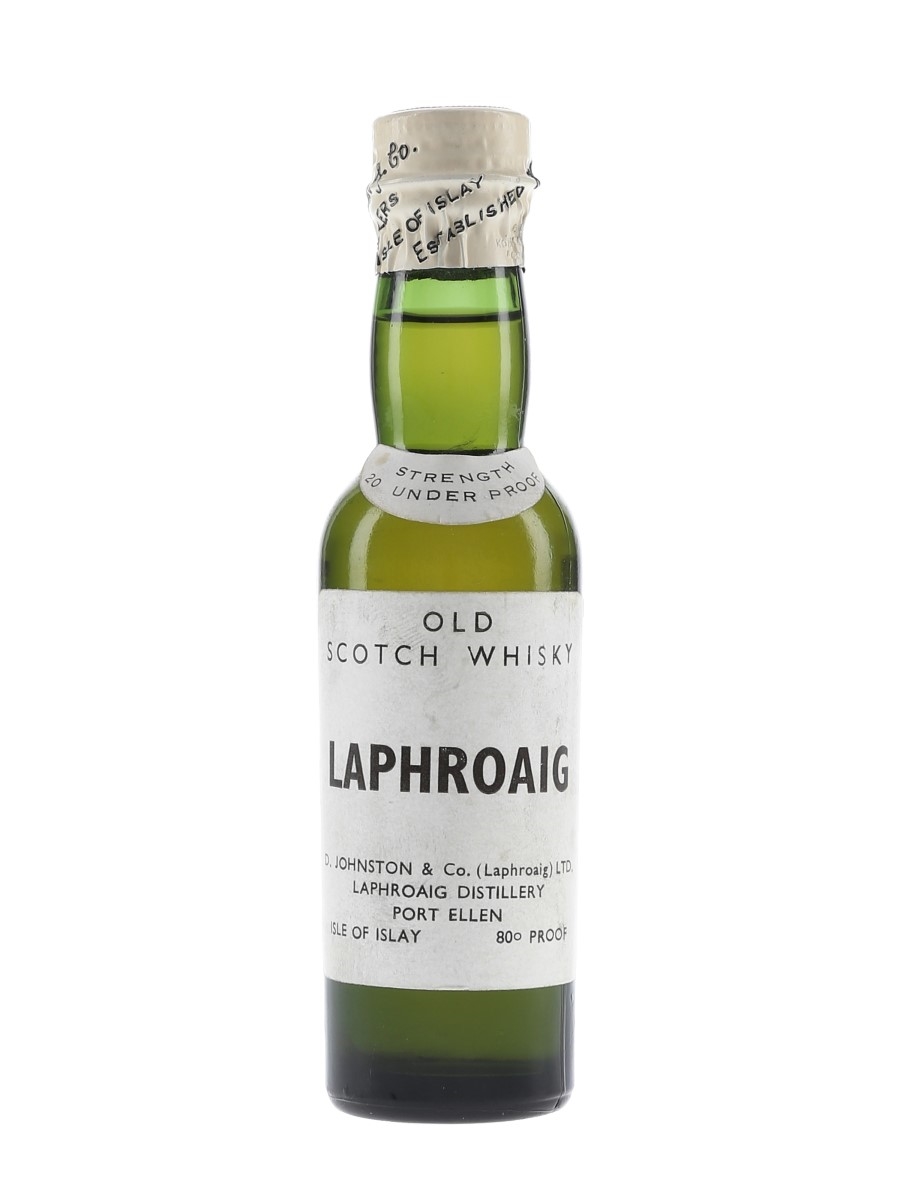 A miniature bottle of Laphroaig Old Scotch Whisky, Strength 20 Under Proof (46% ABV). This is sealed with a Kork-N-Seal screwcap with capsule.

We estimate this was bottled in the 1950s.

Please note, there is no size stated on the label.

Laphroaig distillery was built on Islay in 1815 by brothers Alexander and Donald Johnston. In 1847, Donald, who ran the distillery day-to-day, died after falling into a vat of boiling pot ale (the labels still bore the name 'D Johnston & Co.' into the 1960s). By the 1920s, now under the ownership of Donald's great-grandson Ian Hunter, Laphroaig was being sold as a single malt and the number of stills rose to four. Hunter left the distillery to his secretary Elizabeth 'Bessie' Williamson when he died in 1954, and she became the only woman to own and run a Scottish distillery in the 20th century. By the time Bessie retired in 1972, the distillery was owned by American firm Schenley and the number of stills had increased to seven. In 1994, the distillery was awarded a Royal Warrant from HRH The Prince of Wales and Laphroaig founded its member's association - Friends of Laphroaig. As of 2014, the distillery is owned by Beam Suntory.