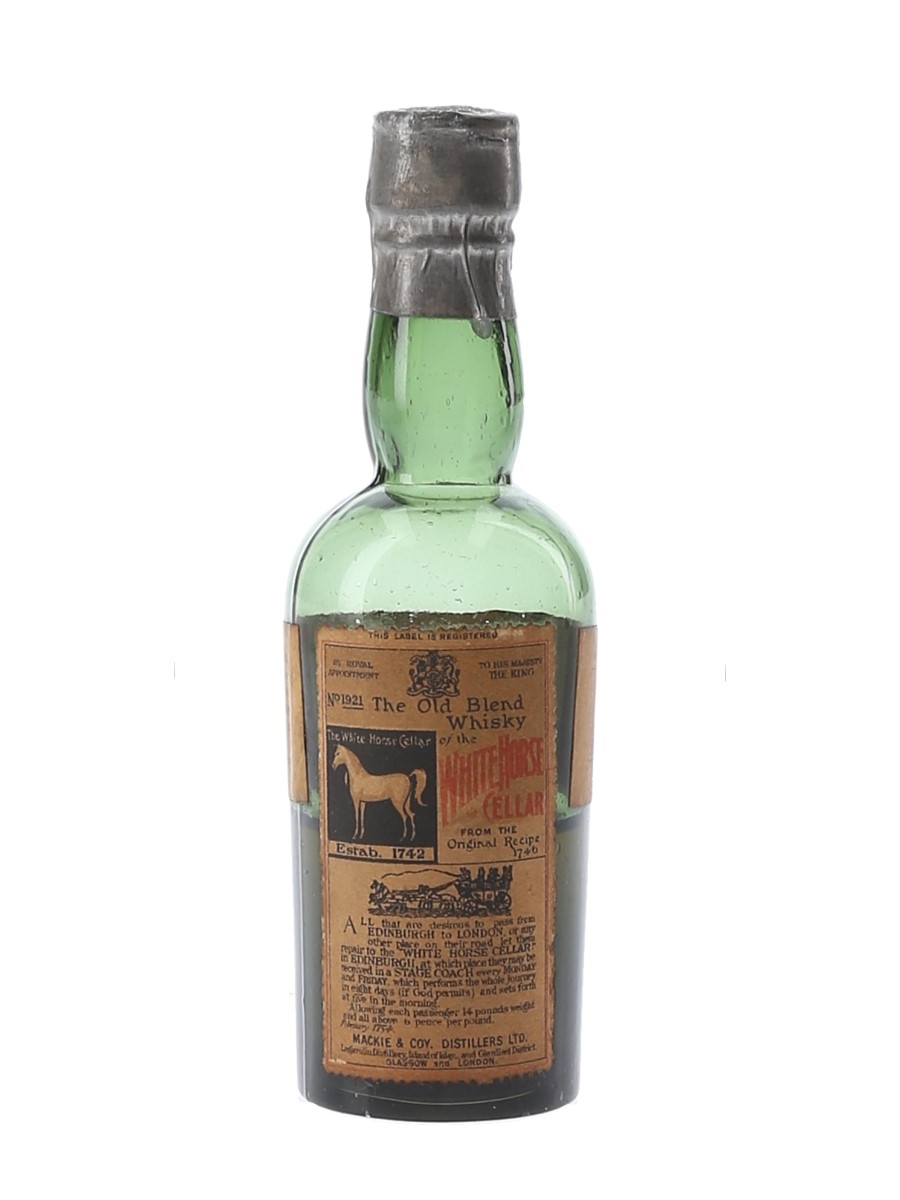 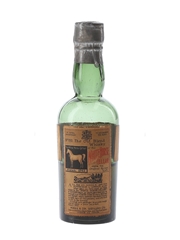 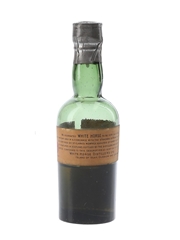 The label carries a royal warrant by appointment to His Majesty The King.

The Mackie family had been the owners of Lagavulin distillery since it was purchased by blender John Logan Mackie in 1865. Mackie & Company Distillers was established around 1890. In 1891, John Logan's nephew Peter registered the name White Horse Cellar for their flagship blend, named after an Edinburgh coaching inn owned by the Mackie family. When Peter Mackie died in 1924 (by then Sir Peter Mackie), the company name was changed to White Horse Distillers Ltd. In 1926, bottles of White Horse were fitted with screw caps, removing the need for corkscrews, and sales doubled in six months. The company was purchased by Distillers Company Limited in 1927.