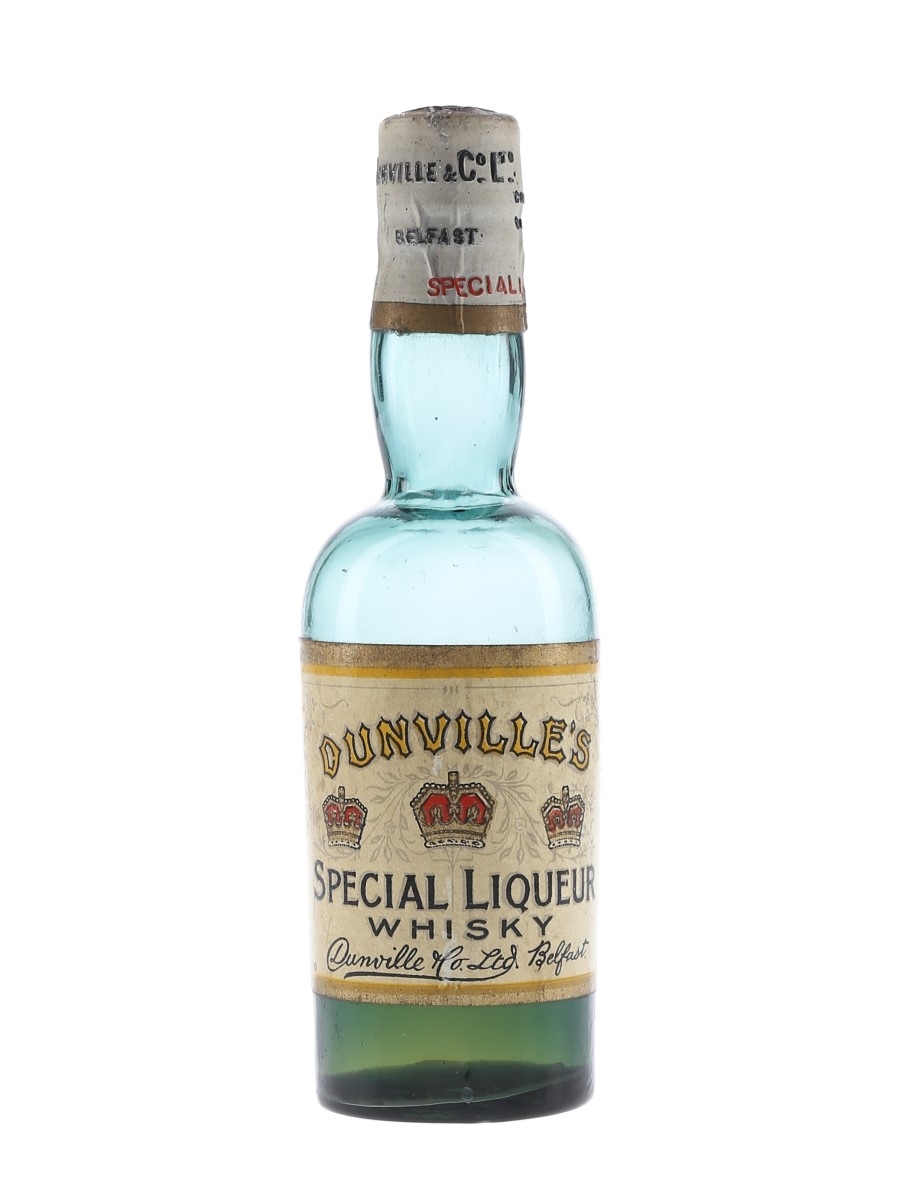 A miniature bottle of Dunville's Three Crowns Special Liqueur Whisky, produced by Dunville & Co. Ltd., Belfast. We estimate this was bottled in the 1920s to 1930s.

Dunville & Co. was an Irish whisky and tea merchant founded in 1825 by John Dumvill. The company launched its best-known brand, VR (Victoria Regina), in 1837. In 1869, Dunville & Co, built the Royal Irish Distilleries in Belfast, which went on to employ 450 people and produce over 2.5 million gallons of whiskey per year at its peak.

The company survived Prohibition but failed to regain its market share in the US following the repeal. Although the company was still making a profit, Dunville & Co. was liquidated in 1936, selling off its assets over the following 12 years.