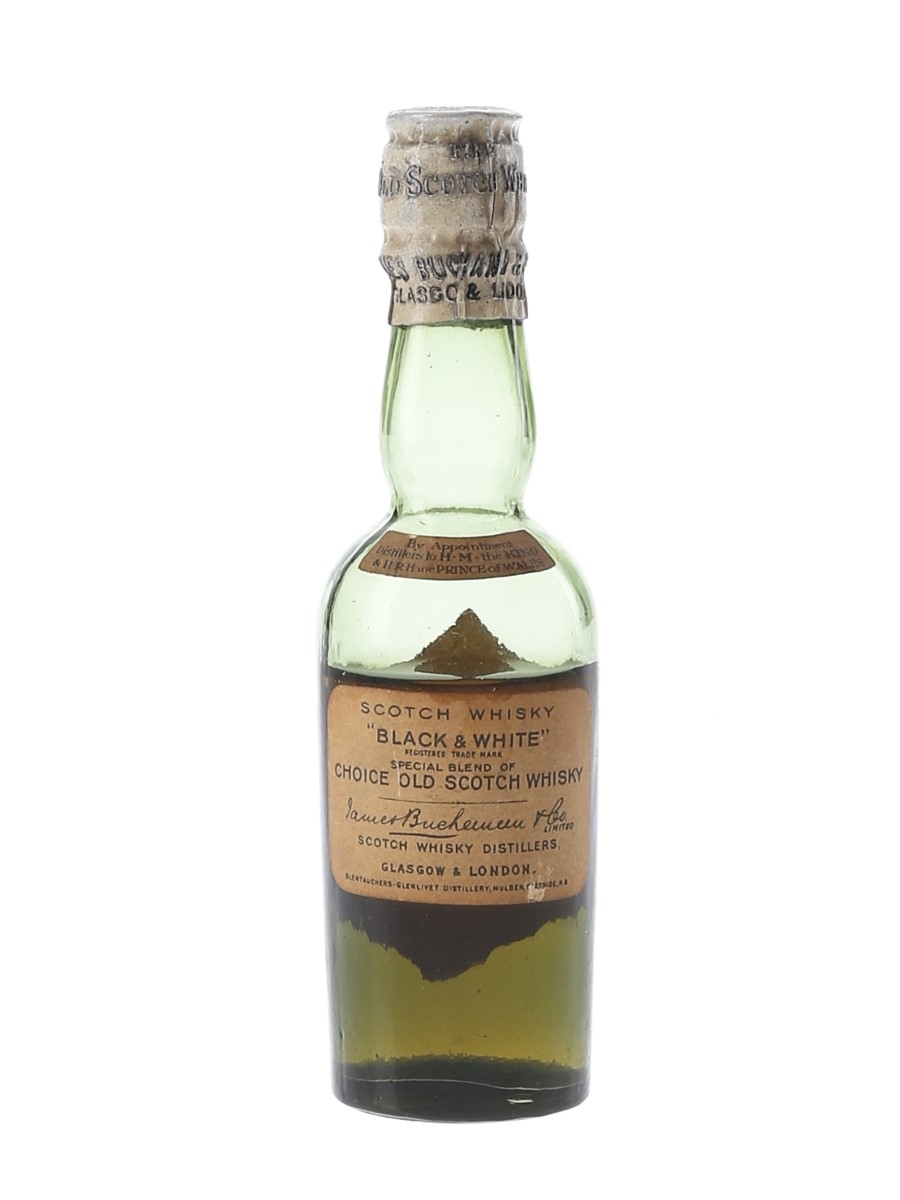 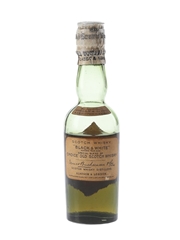 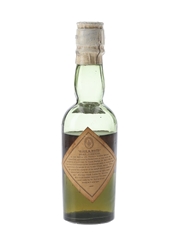 The label carries a royal warrant by appointment to HM The King and HRH The Prince of Wales.

The back label reads: Black & White - Select Committee - At the British and Foreign Spirits Select Committee, appointed by the Government in 1890 under the presidency of Lord (then Sir Lyon) Playfair, Dr Bell, CB, the Chief Analytical Chemist of the Government spoke in terms of high appreciation of a sample of our Scotch Whisky, saying "From the general fine character of the sample there is reason to believe that it has been warehoused for many years etc." Fifteen Years Later the Medical Magazine (October 1905) says "The statement made by Dr. Bell is as true to-day as it was then."