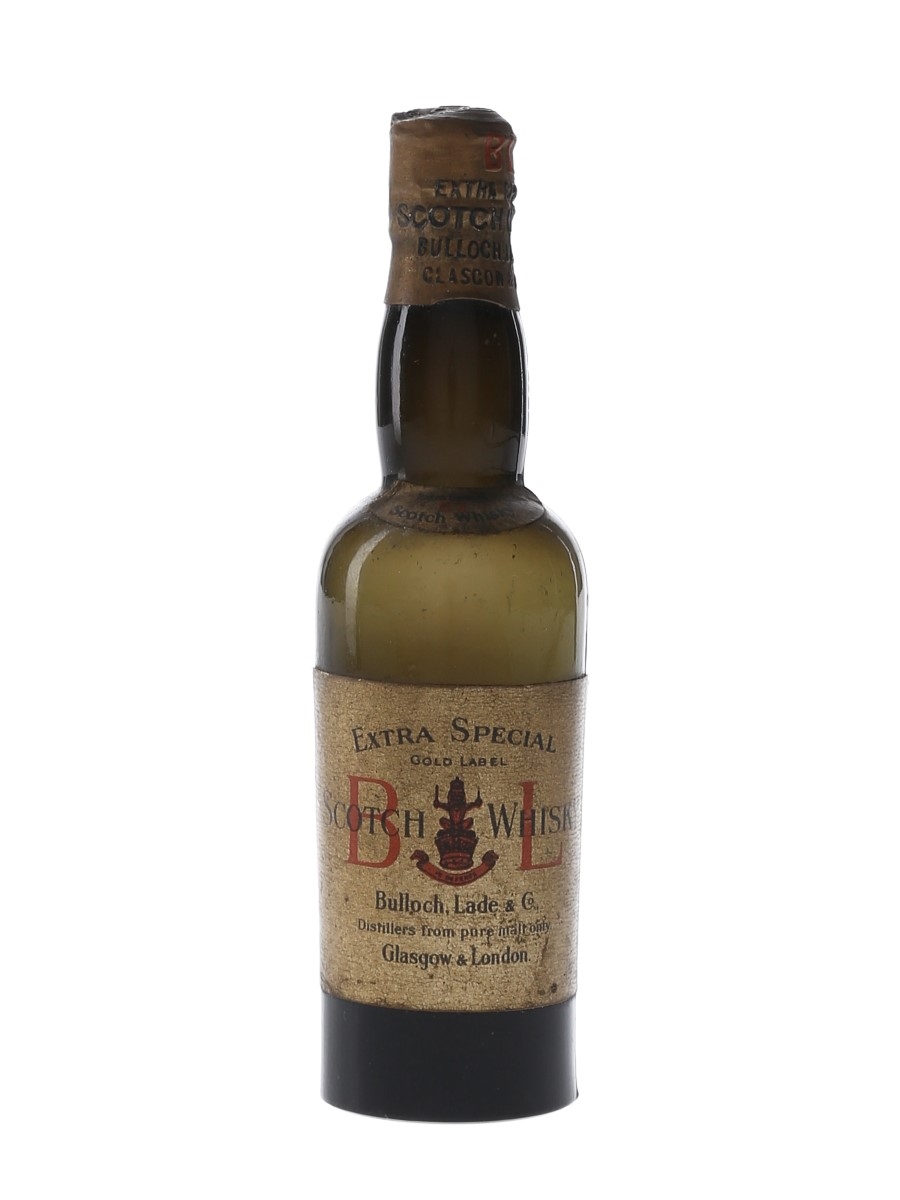 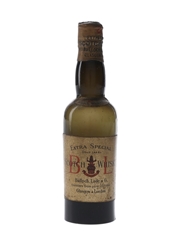 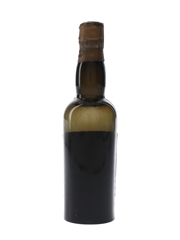 A miniature bottle of Bulloch Lade's Extra Special Gold Label Scotch Whisky, sealed with a driven cork. This was produced by Bulloch Lade & Co., Distillers from Pure Malt Only, Glasgow and London. We estimate this was bottled in the 1920s to 1930s.

Please note, there is no size or ABV stated on the labels.

Bulloch Lade & Co. was founded in 1830 and became a major whisky blender and distillery owner by the end of the century. The Glasgow-based blender was owner of Loch Katrine distillery, Glasgow, and Benmore Distillery, Campbeltown, as well as Caol Ila distillery on the Isle of Islay, which it owned from 1880 to 1920 when the company went into voluntary liquidation. Bulloch Lade became part of Distillers Company Limited in 1927, a purchase which included many of the Bulloch Lade brands and almost 1.5 million gallons of maturing whisky.

Please see images for fill level and label condition. Note wear to the labels and capsule. This bottle has a low fill level, approximately 1cm below the top of the label.