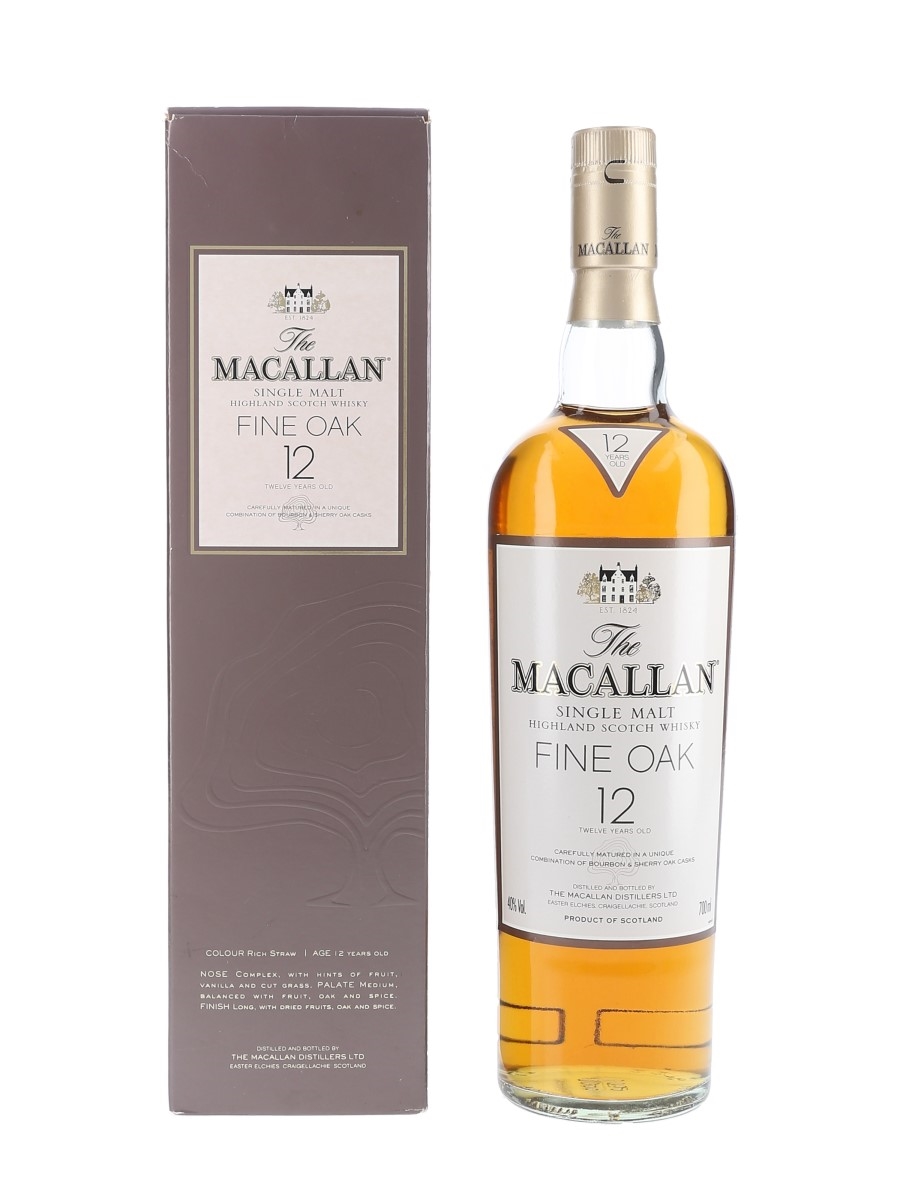 A bottle of The Macallan 10 Year Old Single Malt Highland Scotch Whisky from the Fine Oak range. This was aged for 10 years in a combination of bourbon and sherry casks.

The Fine Oak range was launched in 2004 and saw The Macallan combine sherry cask matured whisky with American oak ex-bourbon casks. This was a significant departure for a distillery which built a reputation on sourcing its oak casks directly from Jerez. Though it divided opinion on release (many traditional Macallan fans were faithful to the 100% sherry range), the new flavour profile was well received and 10, 12, 15, 18, 21, 25 and 30 Year Old expressions were released.
The Fine Oak range was replaced with the Triple Cask Matured series in 2018.