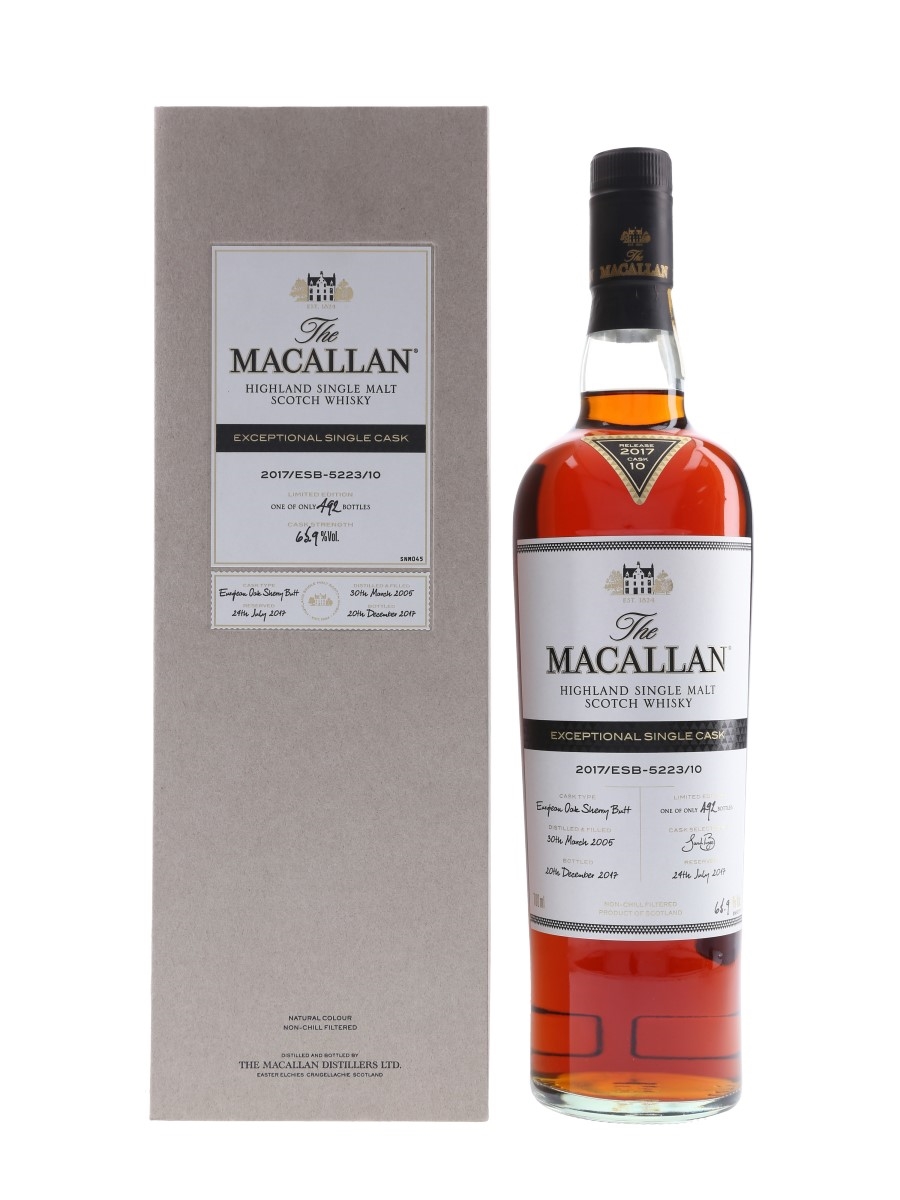 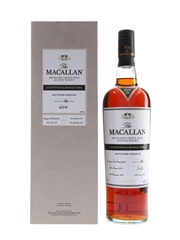 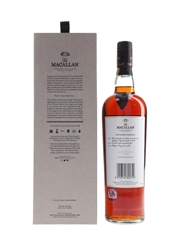 A bottle of The Macallan from the Exceptional Single Cask series. This was distilled on 30 March 2005, matured in a European oak sherry butt, and bottled on 20 December 2017.

The Macallan distillery was founded in 1824 by barley farmer Alexander Reid. What began as two stills housed in a wooden shed has grown to a 36 still site today. In 1892 the distillery passed to Roderick Kemp, former owner of Talisker, whose descendants retained wnership until the 1990s. By 1975 the then 21 still plant was regarded as an important malt for blends.

The downturn of the early 1980s led The Macallan to focus on the emerging single malt category and it began to establish itself as one of the world's most popular and collectible single malts. The management team repositioned the distillery as a 'first-growth whisky' and oversaw an innovative advertising campaign (commemorated in The Archival Series which began in 2015). In the mid 1990s The Macallan was purchased by Highland Distillers and became part of Edrington in 1999. The first single cask bottling, Exceptional 1, was launched in 2000.

The Macallan has become known for its investment potential as well as the quality of its whisky, with rare bottles regularly breaking records at auction. In 2017 the new £100 million Macallan distillery was completed.