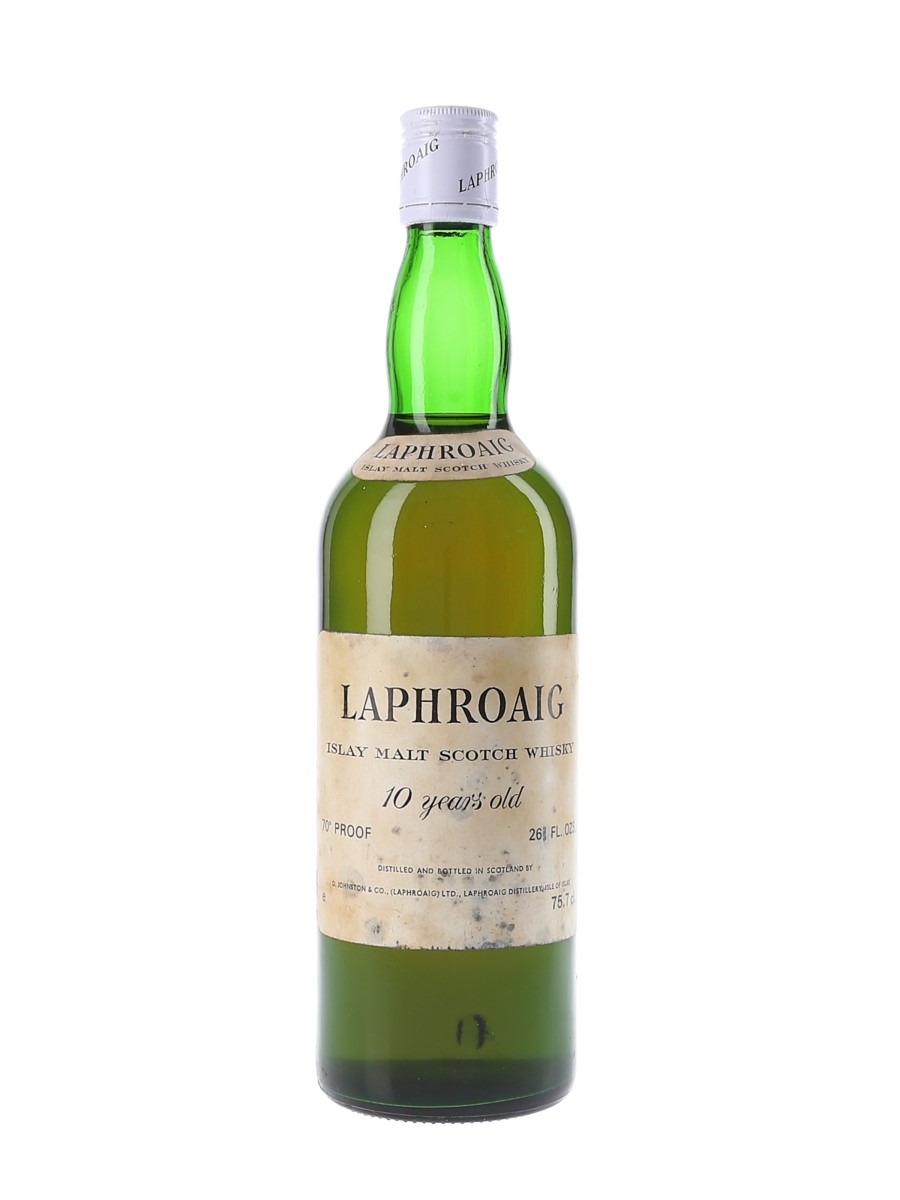 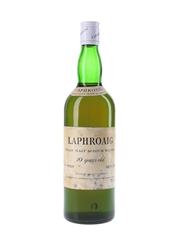 A bottle Laphroaig 10 Year Old Islay Malt Scotch Whisky. This was distilled and bottled in Scotland by D Johnston & Co., (Laphroaig) Ltd., Laphroaig Distillery, Isle of Islay. We estimate this was bottled in the 1970s.