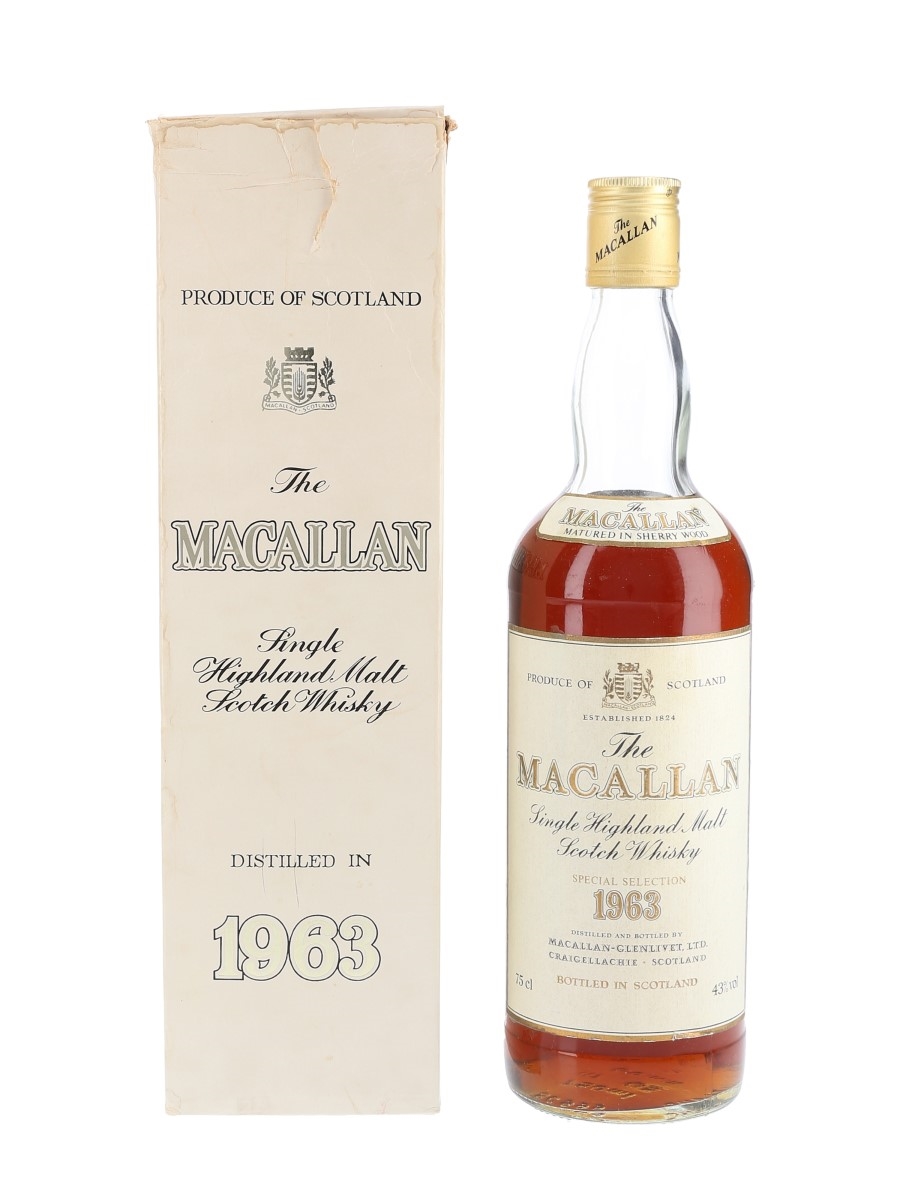 A bottle of The Macallan 1963 Single Highland Malt Scotch Whisky. We estimate this was bottled in the 1980s.

Please see images for fill level and label condition. Note wear to the box and labels.