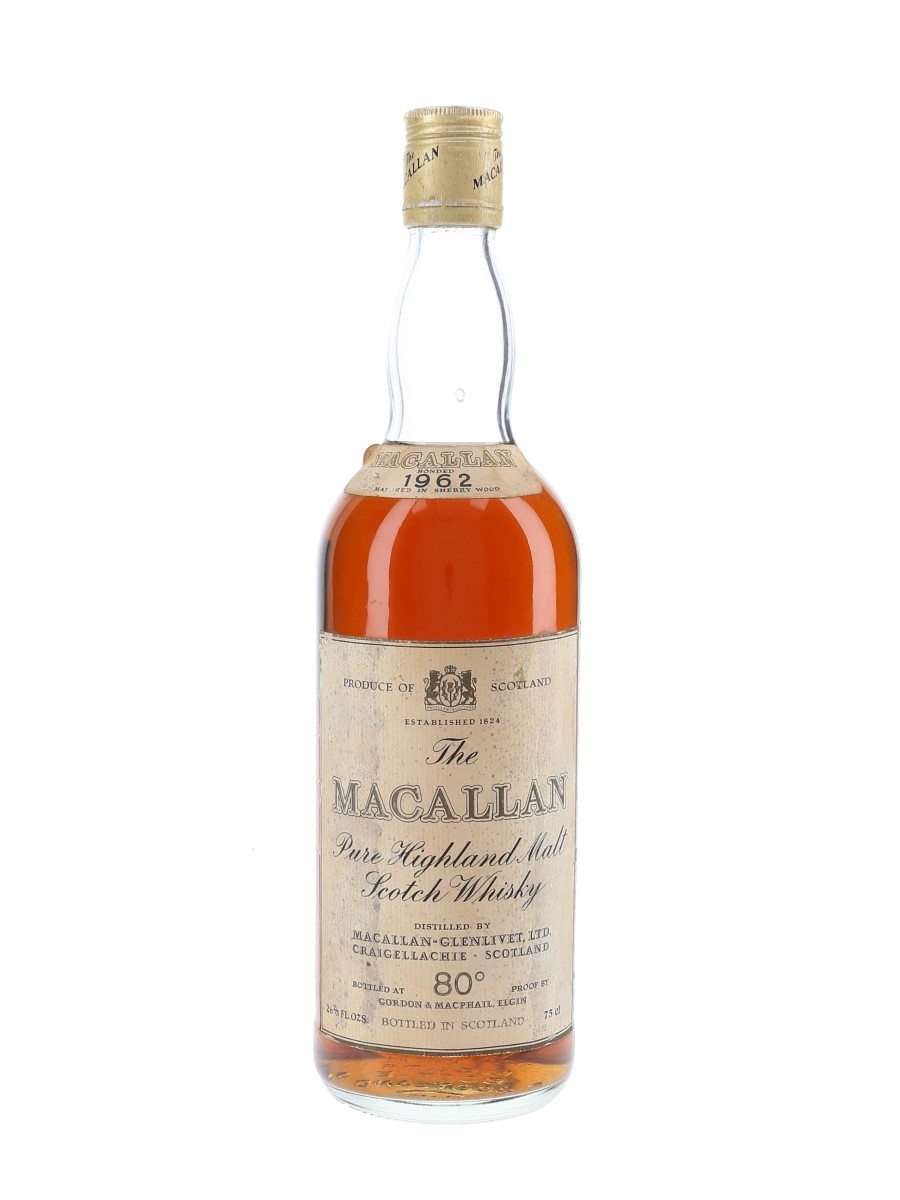 A bottle of The Macallan Pure Highland Malt Scotch Whisky. This was distilled in 1962 and bottled by Gordon & MacPhail, we estimate in the 1970s.