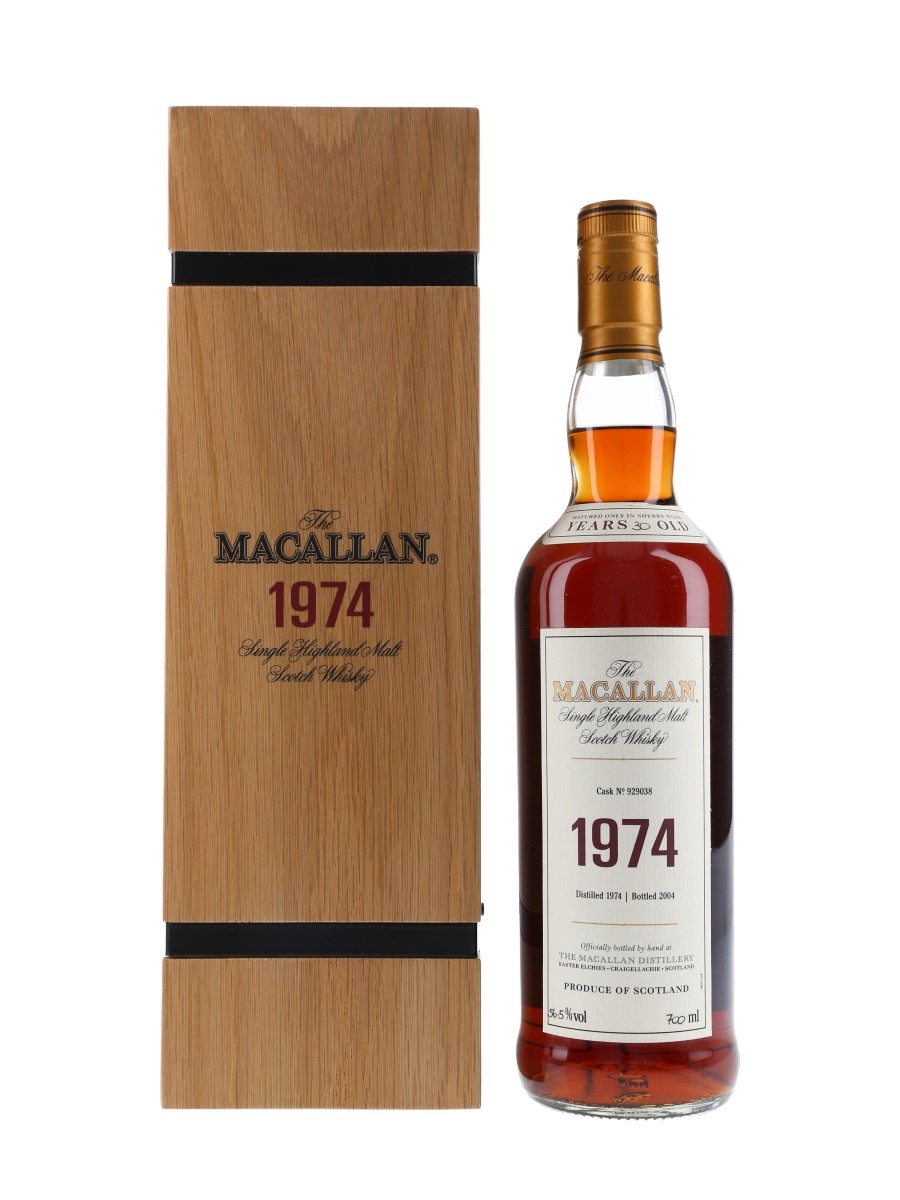 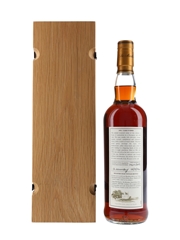 A bottle of The Macallan 1974 Single Highland Malt Scotch Whisky from the Fine & Rare collection. This was matured in sherry cask number 929038 for 30 years and bottled in 2004.

This bottle has unique reference number RAN5E9, it was registered with the distillery on 12 July 2006.

The Macallan Fine & Rare collection showcases some of the oldest, rarest Macallans ever bottled. The series covers most of the 20th century with selected vintages from 1926 to 1991 and reveals how the distillery style has changed over time. In the 1920s the malt was mainly used as a 'top dressing' for blends, the 1930s saw a dearth of sherry casks due to the Spanish civil war, and a coal shortage during World War II led to peat being used to dry the barley in the 1940s.

Some expressions in the collection were drawn from single casks and bottled at cask strength, while others were re-bottled for the Fine & Rare series from 1970s and 1980s bottlings.