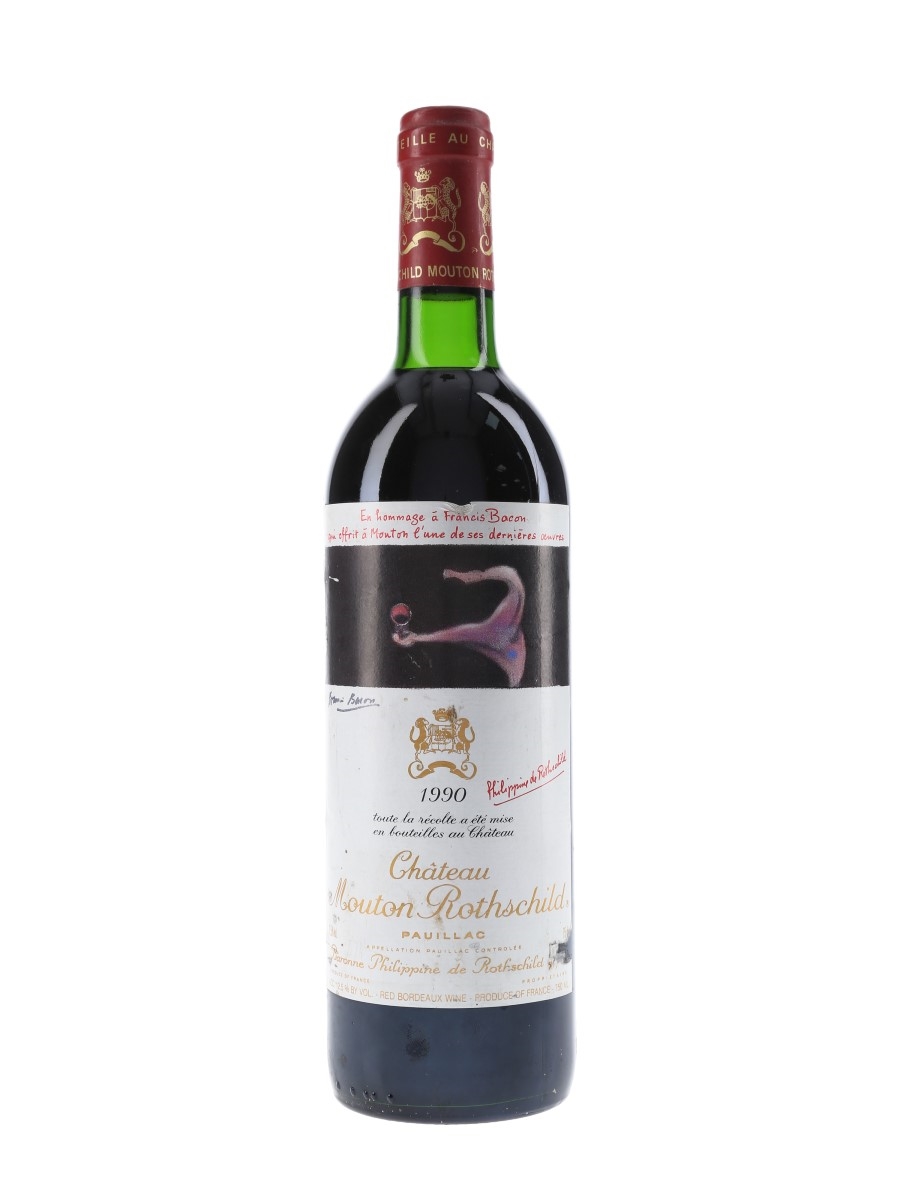 A bottle of 1990 Château Mouton Rothschild from Bordeaux's Pauillac appellation. The artwork on the label was created by Francis Bacon (1909-1992).