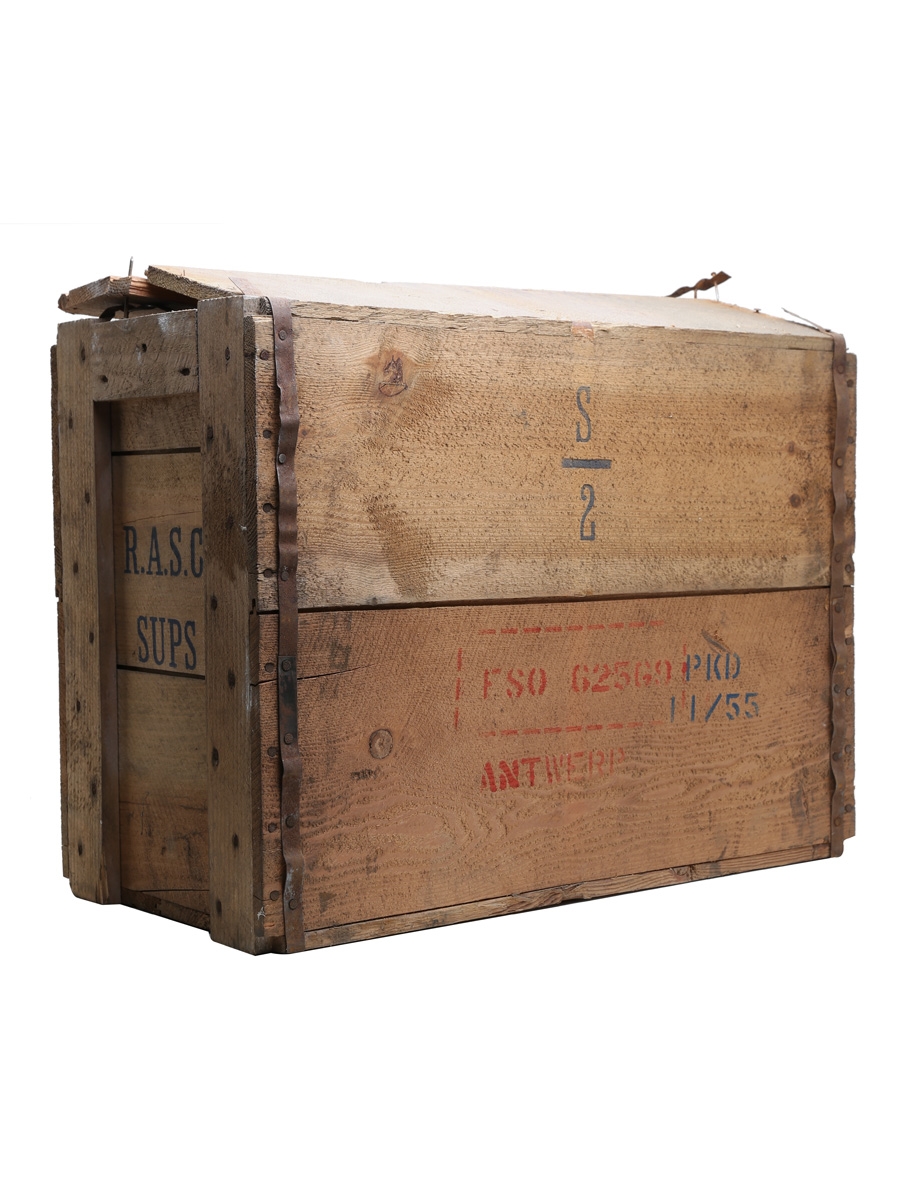 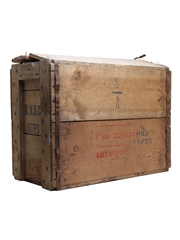 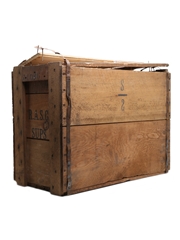 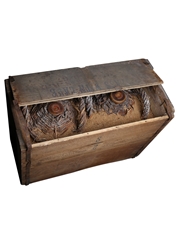 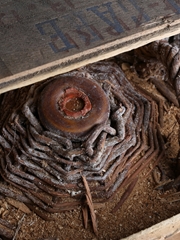 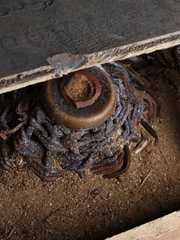 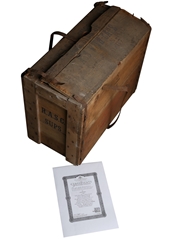 A pair of Royal Navy Rum flagons, still in their original wooden crate. The wax seal on one of the flagons is embossed with the numbers '10-55', which indicates this was sealed in October 1955. The embossing on the other flagon is not visible.

The front panel has the following markings:

The top panel has the following markings:

Each side is marked:

The wax stamps that seal the flagons are embossed with the words 'R.V.Y', 'Deptford'. The numbers '10-55' are visible on one of the flagons.

This comes with a Certificate of Pristine Storage from Octavian Vaults (printed from an electronic copy). This states that the crate was laid down in Corsham Cellars on 28 February 2003, and were kept in pristine condition until being removed from storage on 22 August 2018.

The crate and flagons together weigh a total of approximately 25.9kg.

Please see images for fill level and label condition. This crate was sealed on arrival at our offices and has been opened by us to inspect the contents.

There is some white mould on the wicker casing.