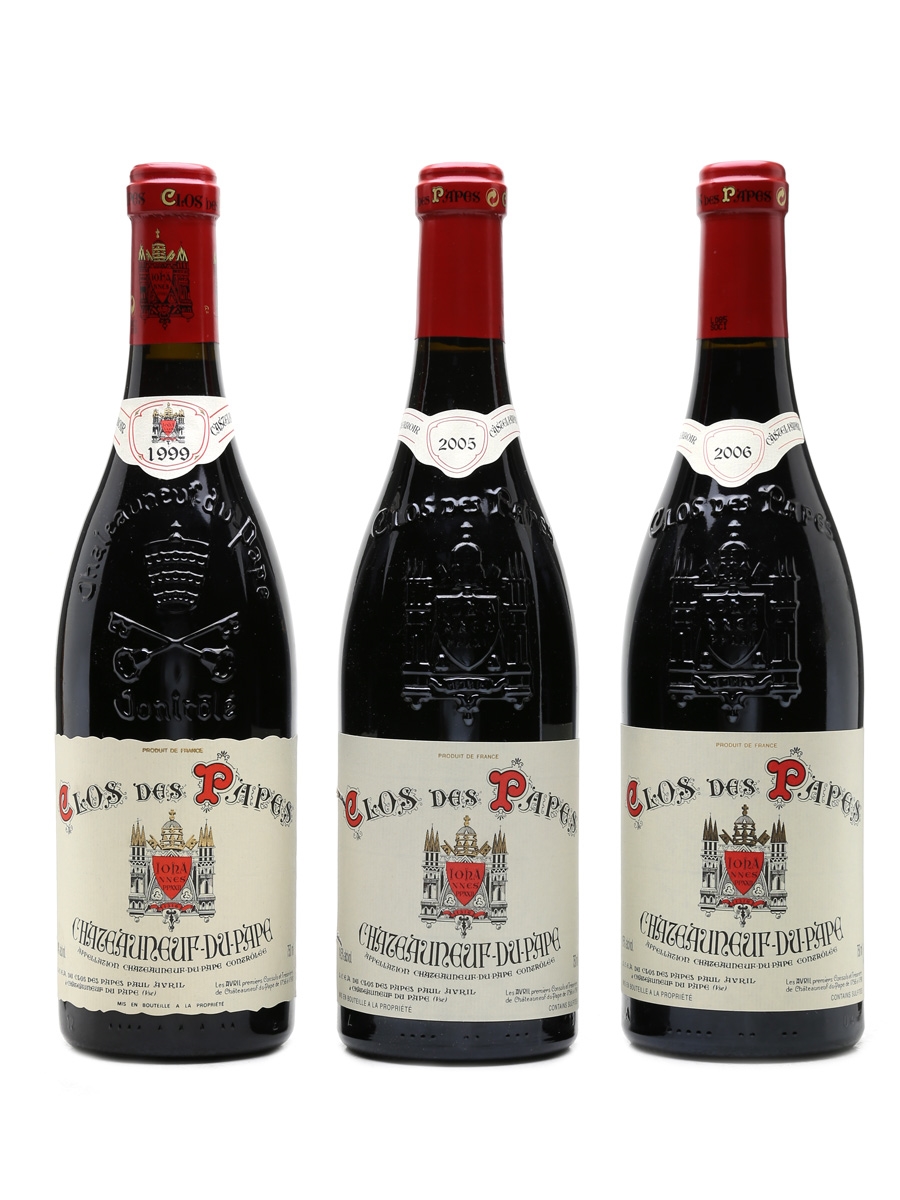 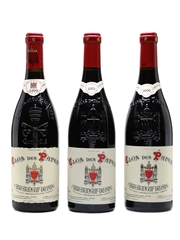 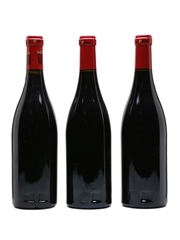 This lot contains three bottles of Châteauneuf du Pape from producer Clos des Papes, from the Southern Rhône's most celebrated appellation. Clos des Papes is a 32 hectare property combining 24 different parcels of vines, including one walled vineyard or 'clos' near to the pope’s castle, hence the name.

'While the 1999 performed better than the 1998, it remains firm and closed, offering plenty of sweet kirsch and blackberry fruit, licorice, spice, and floral aromas. Structured, medium to full-bodied, and moderately tannic, it should be at its finest between 2006-2020'. 94/100 Robert Parker, The Wine Advocate

'(the 2005)...combines terrific fruit with superb structure, and should rival the 1990 when it reaches maturity.' 98/100 James Molesworth, Wine Spectator

'The 2006 Chateauneuf du Pape is one of the two or three candidates for the wine of the vintage. An extraordinarily great wine, the 2006 is far superior to the 2005, which was amazing...' 98/100 Robert Parker, The Wine Advocate

Please see images for fill level and label condition. Note minor wear to the label of the 2005.