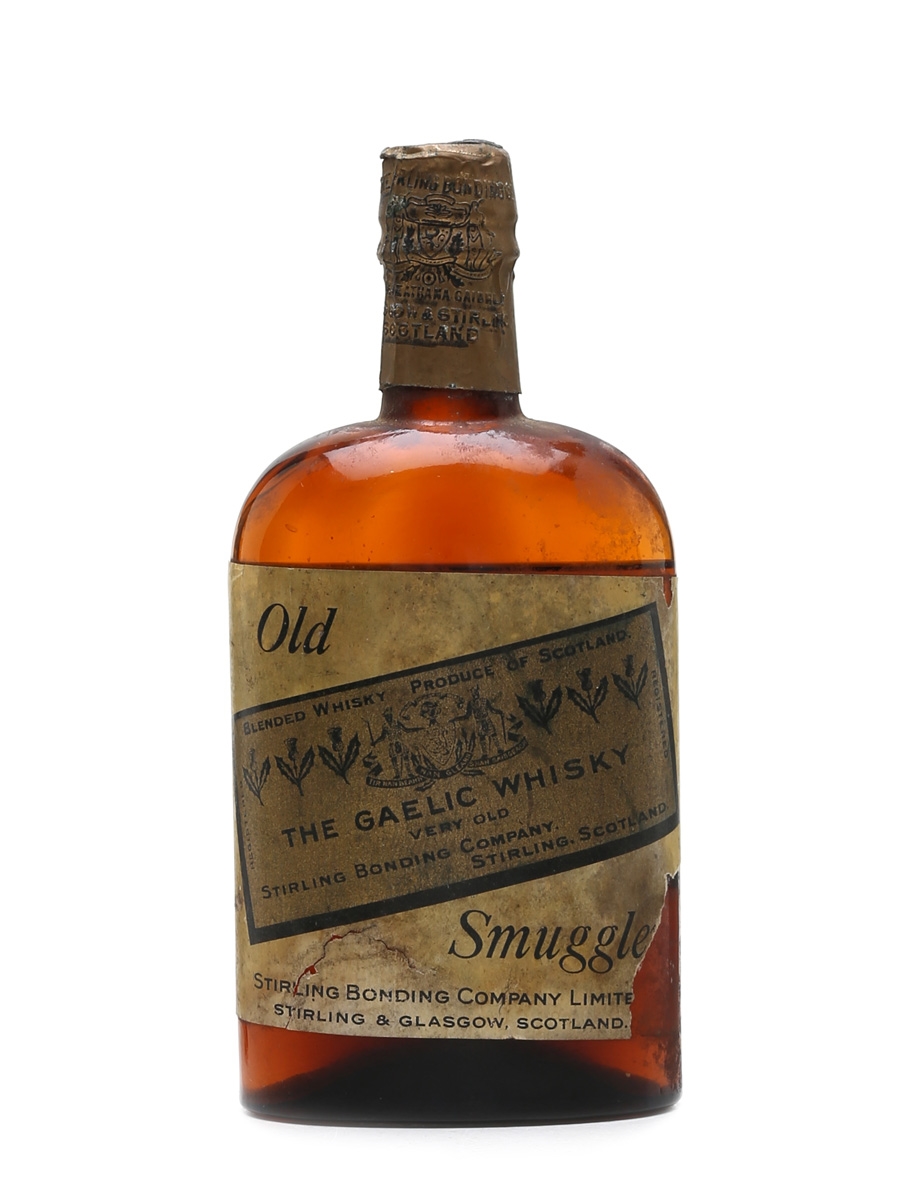 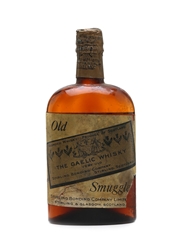 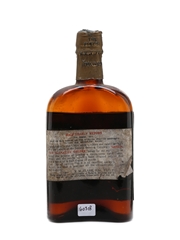 A bottle of Old Smuggler Very Old blended Scotch whisky, The Gaelic Whisky. This was blended and bottled by The Stirling Bonding Company Ltd., we estimate in the mid 1920s when the company was independent.

Note there is no size or ABV stated on the labels, but this appears to be a 37.5cl bottle.

The history of Old Smuggler dates back to 1835 but Stirling Bonding Company eventually registered the trade name Old Smuggler in 1887.

In 2006 Old Smuggler was a acquired by Gruppo Campari, who still produce it today.