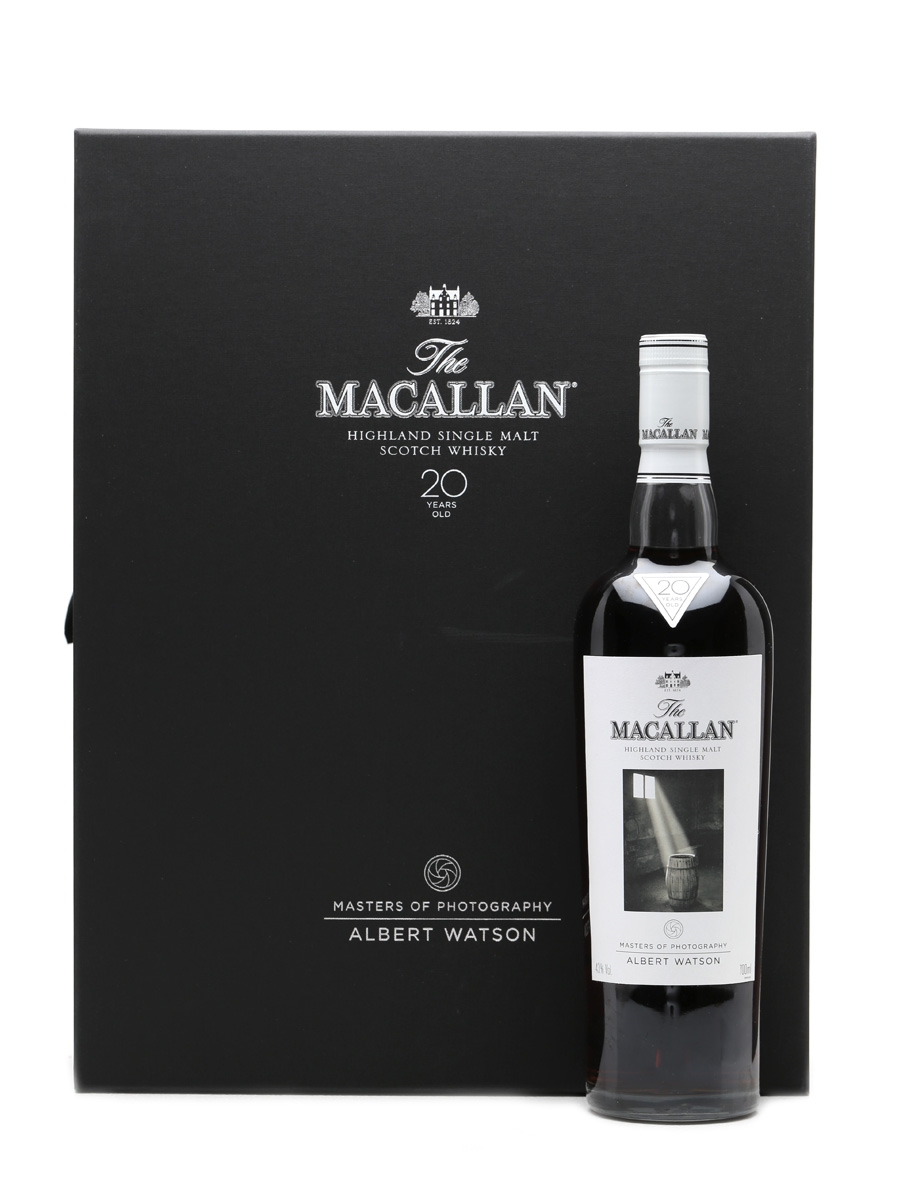 Released in 2010, this is the second in the Macallan's Masters of Photography series. The set includes a 20-year-old sherried whisky and a book of photos by Albert Watson on the journey of the sherry cask.

Each bottle had a specially commissioned label by Watson and a unique set of 10 portfolio prints.

Born in Scotland, Albert Watson is one of the world's most successful photographers of the past four decades. In recognition of his work, he was named one of the 20 most influential photographers of all time by Photo District News, and in 2010 was awarded the Centenary Medal by the Royal Photographic Society.