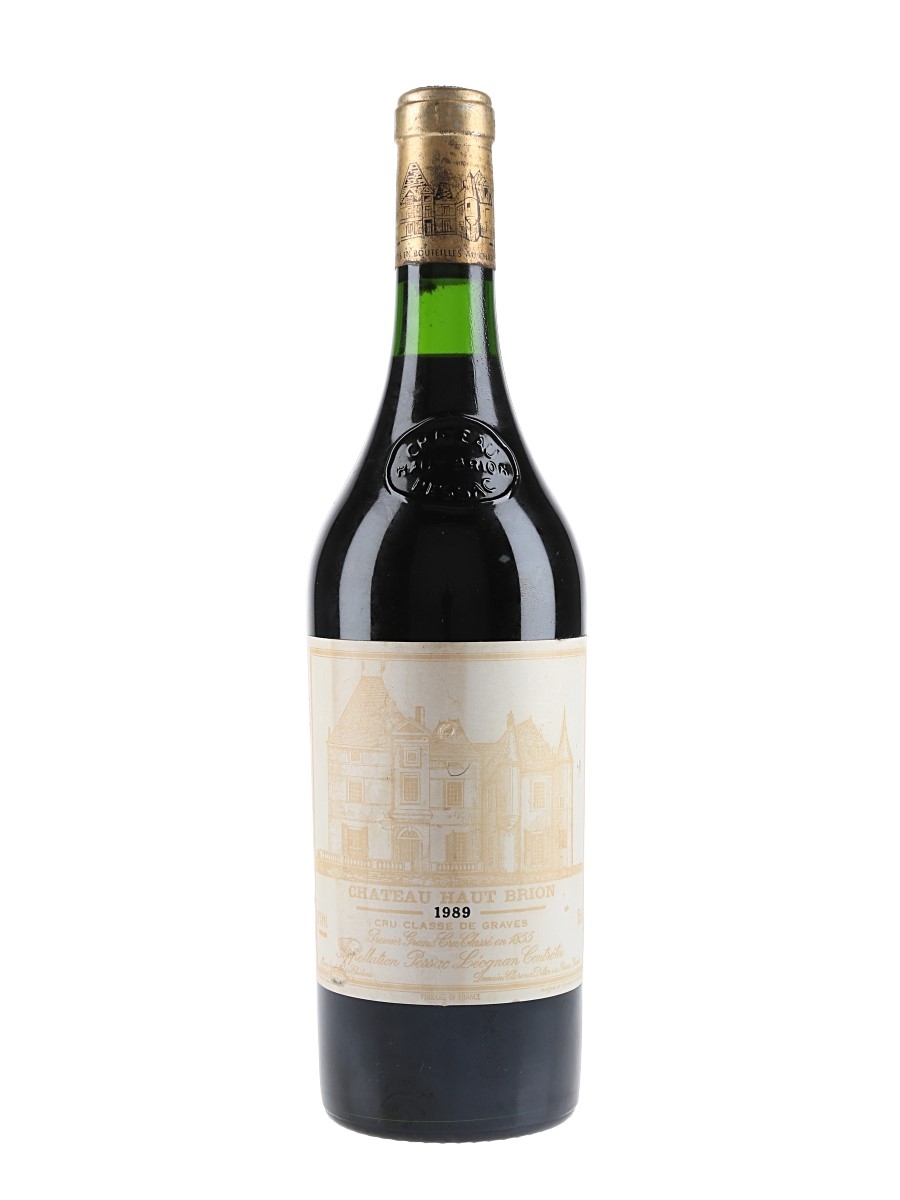 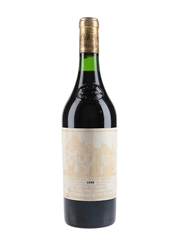 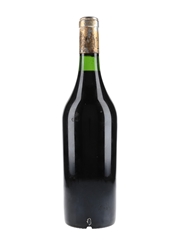 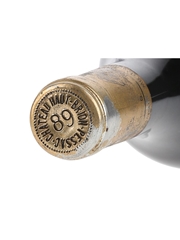 A bottle of 1989 Château Haut-Brion from the Pessac-Léognan appellation in Bordeaux.

Château Haut-Brion is rated as a First Growth under the 1855 Bordeaux Classification, and was the first producer to be mentioned by name in English literature, featuring in Samuel Pepys' diaries.

'A spectacular wine that only goes from strength to strength, and which ranks among the pinnacles of my birth year vintage, the 1989 Haut-Brion wafts from the glass with a rich bouquet of blackberries, blackcurrants, cigar wrapper, loamy soil, black truffle, burning embers and vine smoke. Medium to full-bodied, deep and concentrated, it's sumptuous and dramatic, with huge reserves of fruit that are complemented by carnal, savory nuances and framed by melting tannins and ripe acids. Concluding with a long, resonant finish, the only criticism one can make is that a 750-milliliter bottle simply isn't enough. 2009-2059. 100 Points' William Kelley, Wine Advocate, February 2022

Please see images for fill level and label condition. Note fading to the label and damage to the capsule.