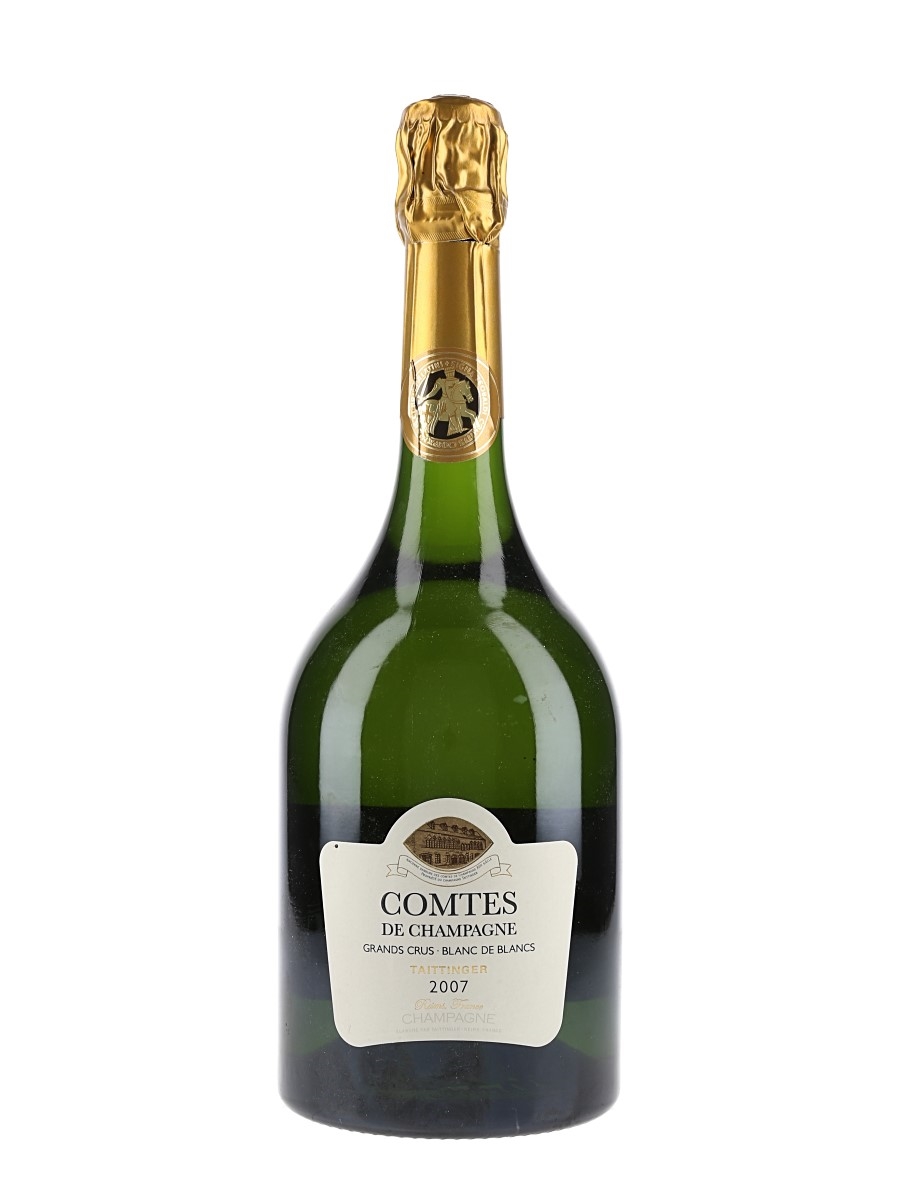 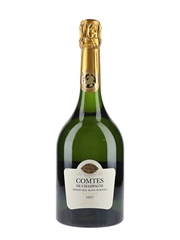 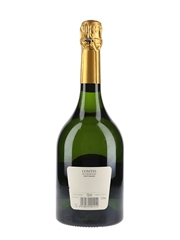 A bottle of 2007 Taittinger Comtes Brut Blanc De Blancs Champagne, made from 100% Chardonnay in Reims, France.

Taittinger's Prestige Cuvée, Comtes de Champagne, is an homage to Lord Thibaut IV, who planted the first Chardonnay vines in the province in the 13th century.

'Taittinger's 2007 Comtes de Champagne will be nearly impossible to resist upon release. Soaring aromatics, mid-weight structure and soft contours give the 2007 its alluring personality. Lemon oil, white flowers, mint, chamomile and green pear add brightness and freshness throughout, with a persistent, clean finish that makes it impossible to resist a second taste. Today, the 2007 comes across as a slightly more open version of the 2004, with freshness that makes that wine so appealing, and a touch of textural richness that recalls the 2002. Although the 2007 does not have the explosive energy or verticality of the profound 2006, it will drink better earlier. The 2007 has been positively brilliant on the three occasions I have tasted it so far. 96/100' Antonio Galloni, Vinous.Com, 2018