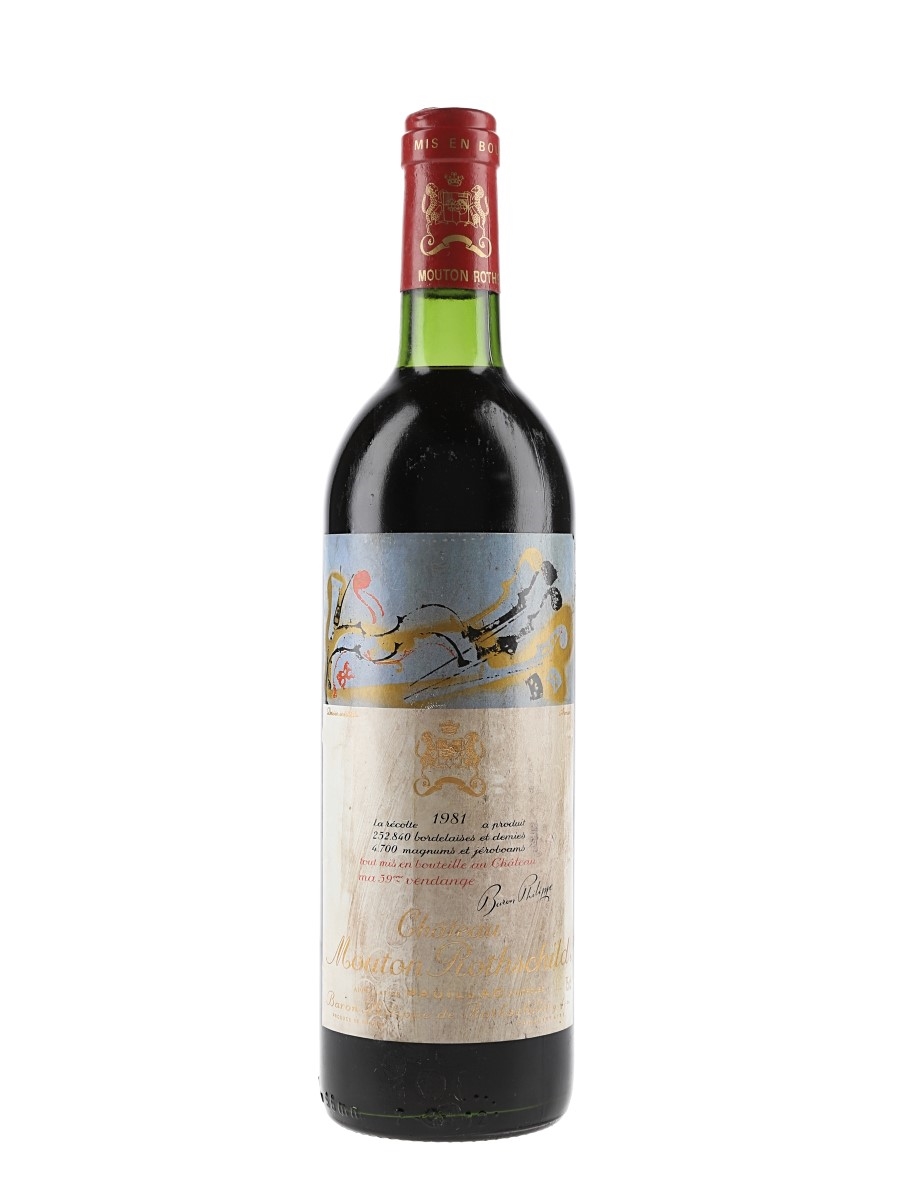 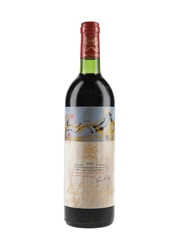 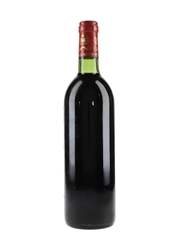 A bottle of Chateau Mouton Rothschild 1981 from Bordeaux's Pauillac appellation, featuring a label by painter and sculptor Arman Fernandez (1928-2005).