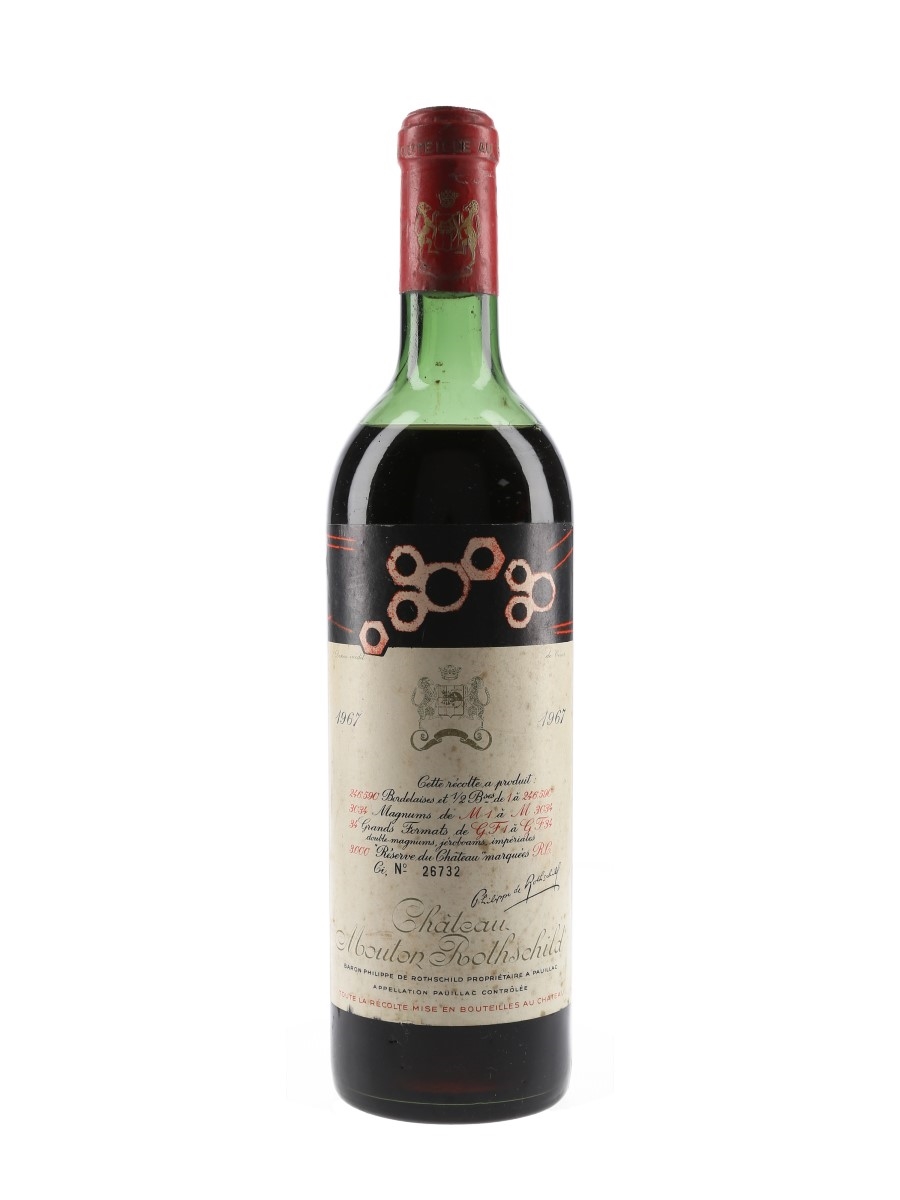 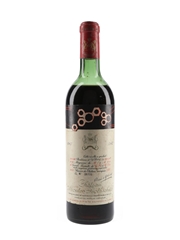 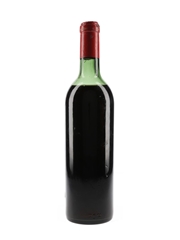 A bottle of 1967 Château Mouton Rothschild from Bordeaux's Pauillac appellation, featuring a label by artist César Baldaccini, known simply as César (1921-1998). The label makes use of present-day artefacts: paper clips, nuts and bolts.

Please see images for fill level and label condition. Note wear to the label and capsule.