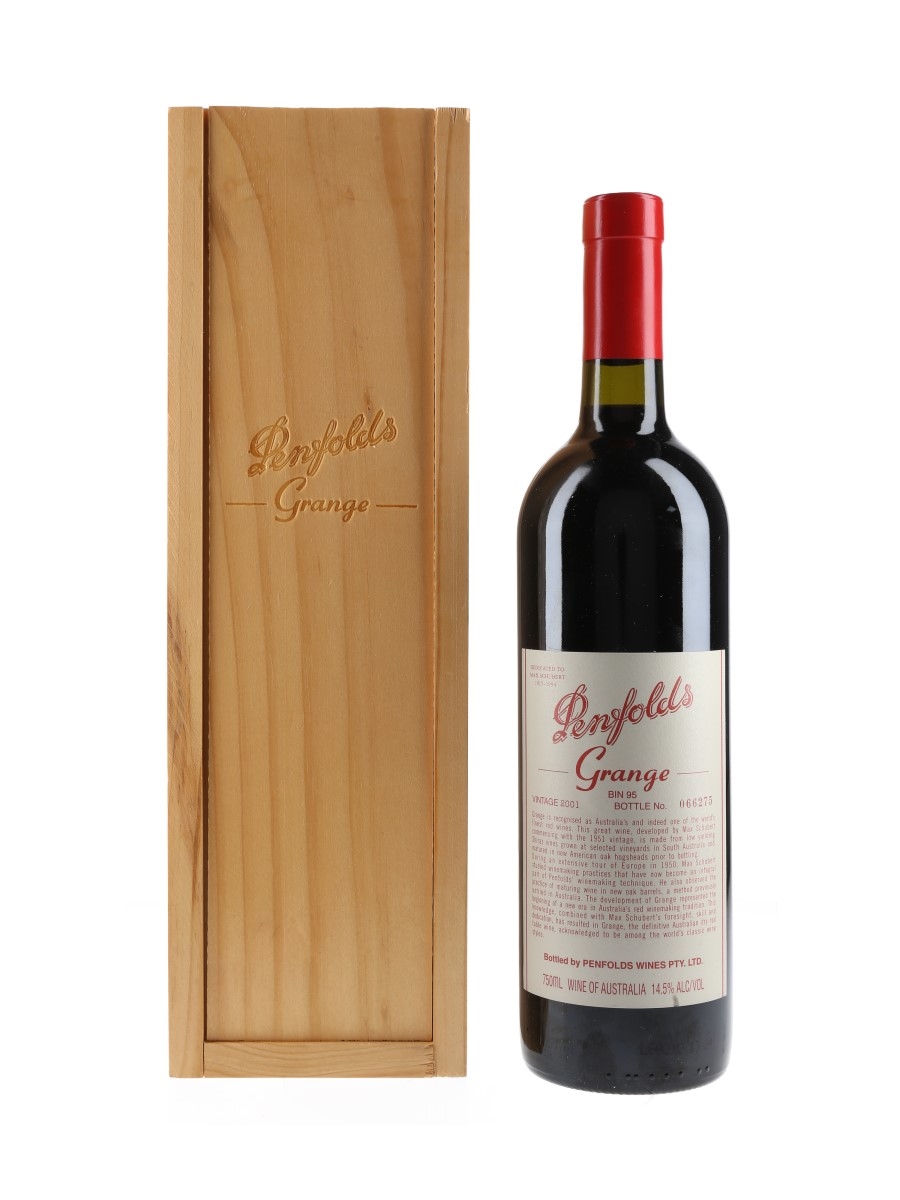 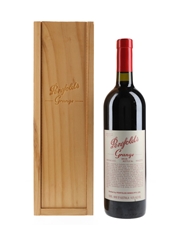 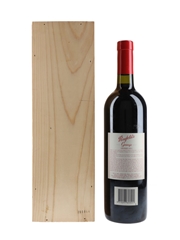 A bottle of Penfolds 2001 Grange Bin 95, from one of the hottest growing seasons in South Australia since the 1920s. This is a blend of 99% Shiraz and 1% Cabernet Sauvignon, 50% of which was harvested from the famed Kalimna vineyard.

'Aged 17 months in 100% American oak, and tipping the scales at 14.5% alcohol, the 2001 is undeniably one of the top examples of this wine. At this stage, it appears to eclipse the 1998 and 1996. Inky/blue/purple to the rim, with a stunning perfume of blueberries, blackberries, chocolate, graphite, and earth, it boasts good acidity, huge tannins, magnificent concentration, and a multilayered, textured mouthfeel. It is a big, but impeccably well-balanced Shiraz that should shed some of its structure and tannin over the next 4-5 years, and be at its best between 2010-2030+. 98+/100' Robert M.Parker Jnr, tasted 2006