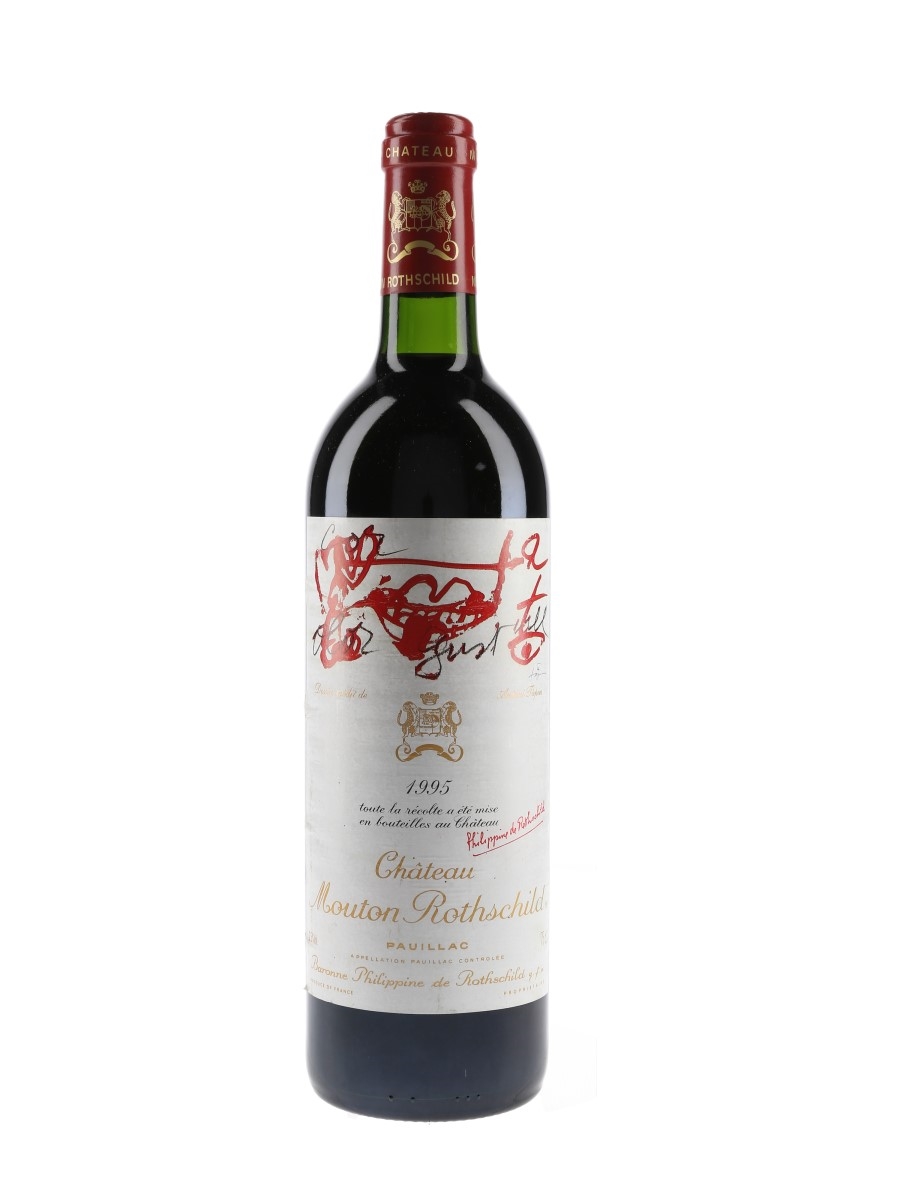 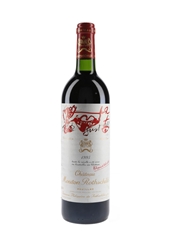 A bottle of 1995 Château Mouton Rothschild from Bordeaux's Pauillac appellation, featuring a label by Catalan painter and sculptor Antoni Tàpies (1923-2012),

'Bottled in June, 1997, this profound Mouton is more accessible than the more muscular 1996. A blend of 72% Cabernet Sauvignon, 9% Cabernet Franc, and 19% Merlot, it reveals an opaque purple color, and reluctant aromas of cassis, truffles, coffee, licorice, and spice. In the mouth, the wine is "great stuff," with superb density, a full-bodied personality, rich mid-palate, and a layered, profound finish that lasts for 40+ seconds. There is outstanding purity and high tannin, but my instincts suggest this wine is lower in acidity and slightly fleshier than the brawnier, bigger 1996. Both are great efforts from Mouton-Rothschild. Anticipated maturity: 2004-2030. 95/100' Rober M.Parker Jnr, 1998

After intense lobbying, Château Mouton Rothschild was elevated to First Growth status in 1973, leading to a change in motto, from 'Premier ne puis, second ne daigne, Mouton suis' ('First I cannot be, Second I do not deign to be, Mouton I am'), to 'Premier je suis, Second je fus, Mouton ne change' ('First I am, Second I used to be, Mouton does not change').