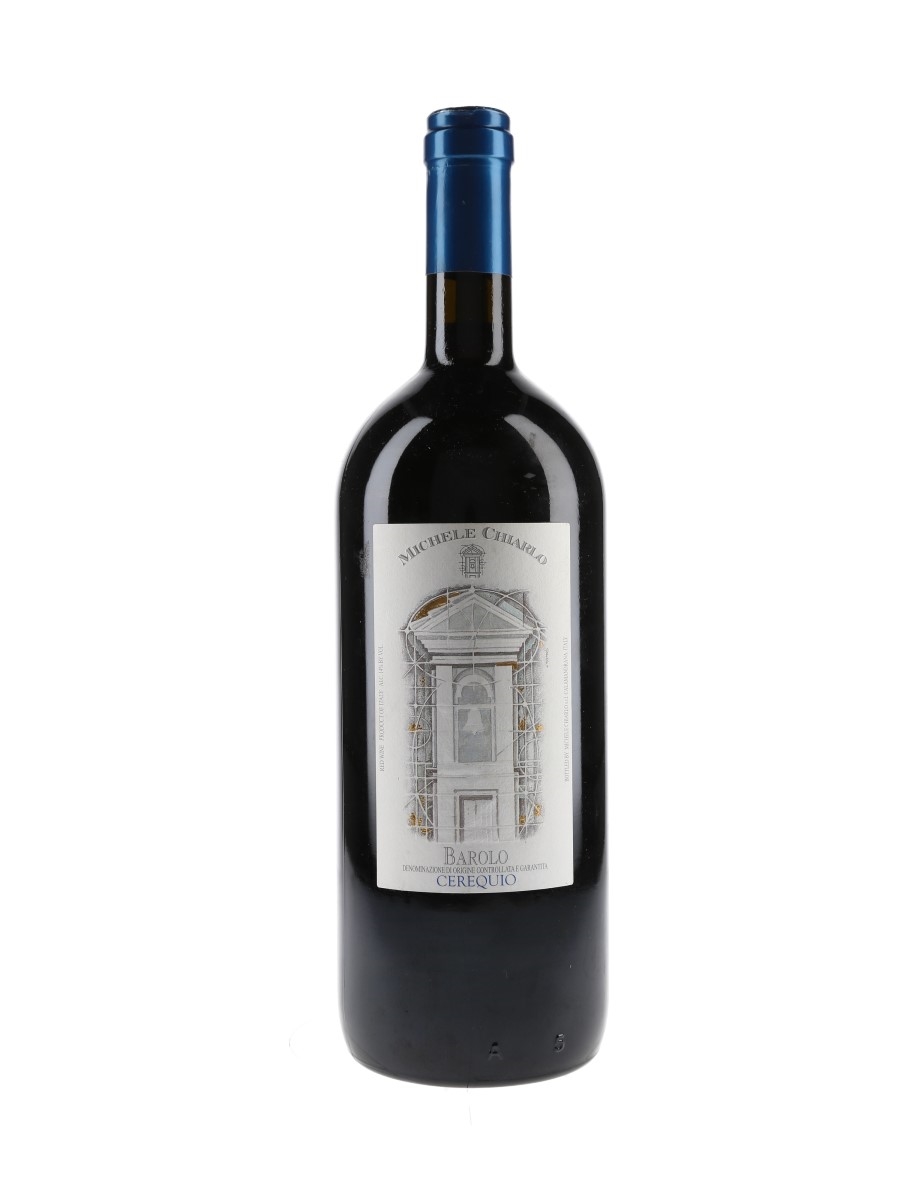 A 150cl bottle of 2013 Barolo from producer Michele Chiarlo.

'The 2013 Barolo Cerequio is a wine of deep, underlying power, grit and determination. The wine opens to black fruit and earthy overtones with sticky tar, licorice and crushed river stone. Surprisingly, the primary fruit is not a protagonist. Instead, the wine offers a smoky and evolved personality that comes as a pleasant surprise. You can taste the youth of the wine, however, on the palate. The nervous tannins need time to integrate and soften. 94/100' Robert Parker's Wine Advocate

Barolo is a red Denominazione di Origine Controllata e Garantita (DOCG) wine produced in the northern Italian region of Piedmont. Made from the Nebbiolo grape variety, it is regarded as one of Italy's greatest wines, and is characterised by its rich tannic structure, rust-red colouration and 'tar and roses' aromas.

Barolo is required by law to be aged for at least 38 months after the harvest prior to release, of which at least 18 months must be in wood.