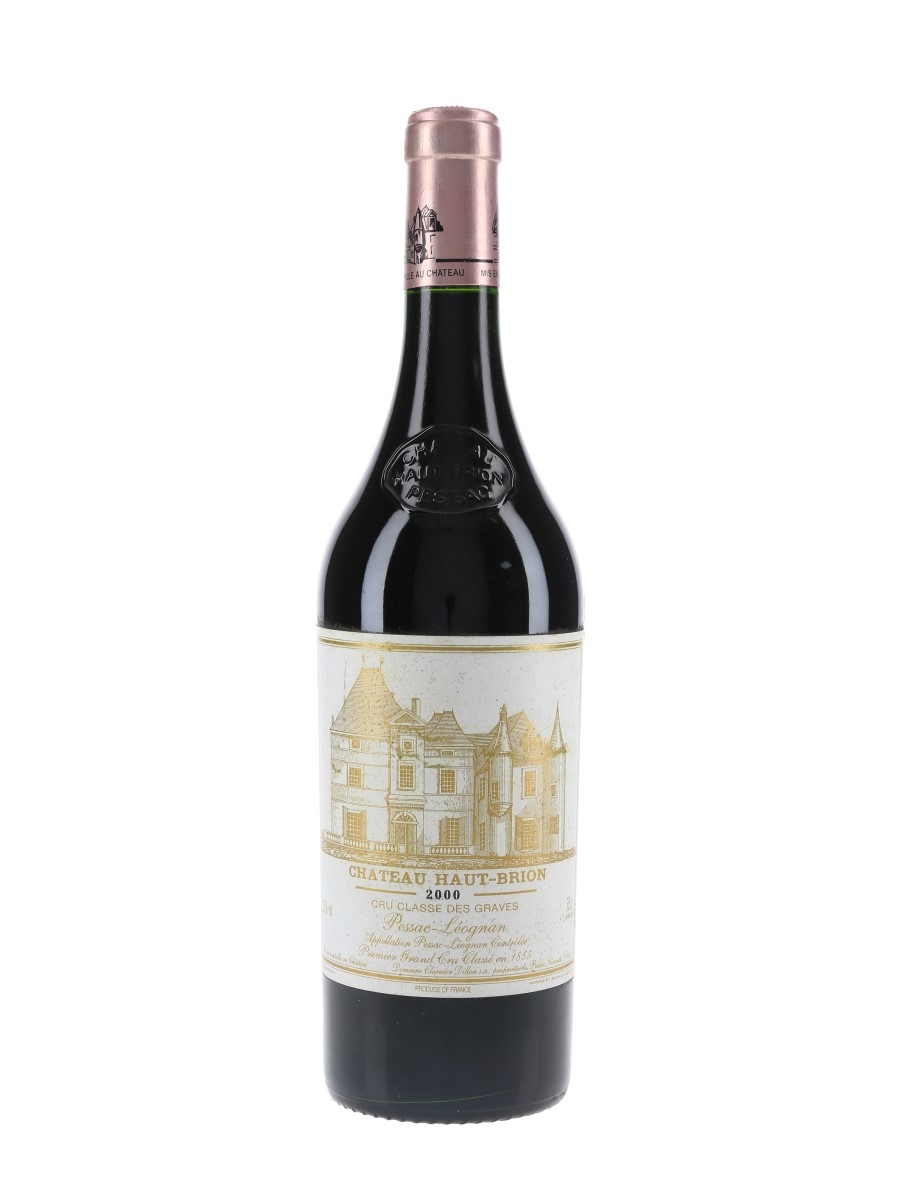 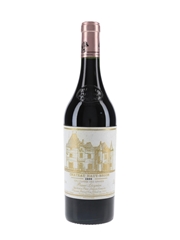 A bottle of 2000 Château Haut-Brion from the Pessac-Léognan appellation in Bordeaux.

I was not surprised to find the 2000 Château Haut-Brion flirting with perfection. The nose is simply breathtaking - quintessential Haut-Brion with ebullient red berry fruit, roasted herbs, gravel, terracotta tiles on a warm summer's day...it is simply wave after wave of intoxicating scents that could bring even the most stoic person to tears of joy. The palate displays heavenly balance, pitch-perfect acidity, perhaps spicier than previous bottles that I have tasted, and what depth and dimension in this outstanding wine. That hint of graphite on the finish is a cheeky nod to Pauillac, as if to thumb its nose at the First Growths, because alongside Château Latour, almost by stealth, the Haut-Brion is one of the greatest Bordeaux in this millennial year. Tasted 2014. Drink: 2020-2060. 99+/100' Neal Martin, RobertParker.com