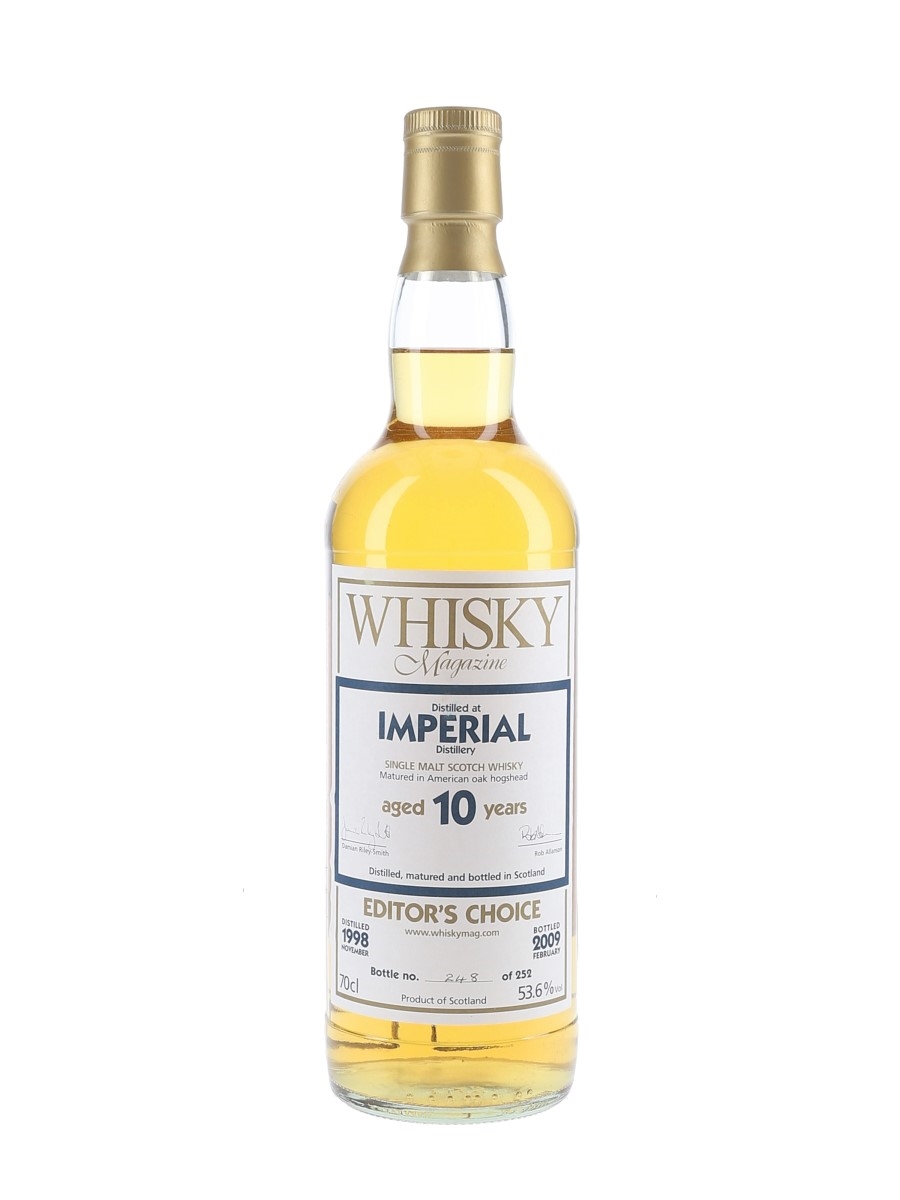 A bottle of Imperial 10 Year Old Single Malt Scotch Whisky. This was distilled in November 1998, matured for 10 years in American oak hogshead and bottled in February 2009. This was selected from independent bottler Duncan Taylor's stocks and bottled for Whisky Live 2009, as Whisky Magazine's Editor's Choice, and to celebrate the magazine's 10th anniversary.

Imperial was built by Thomas Mackenzie in 1897, the year of Queen Victoria's Diamond Jubilee. The timing was poor and the distillery was mothballed in 1899. Bad timing would plague the distillery throughout its life, it was only open for six years from 1919 to 1925 before it closed again and remained silent for another 30 years. After reopening, expansion, more mothballing, and more reopenings, the distillery closed for the last time in 1998.

A 10 Year Old bottling was released in 2000 by owners Allied Distillers.

Imperial was demolished in 2013 and Dalmunach distillery now stands on the site.